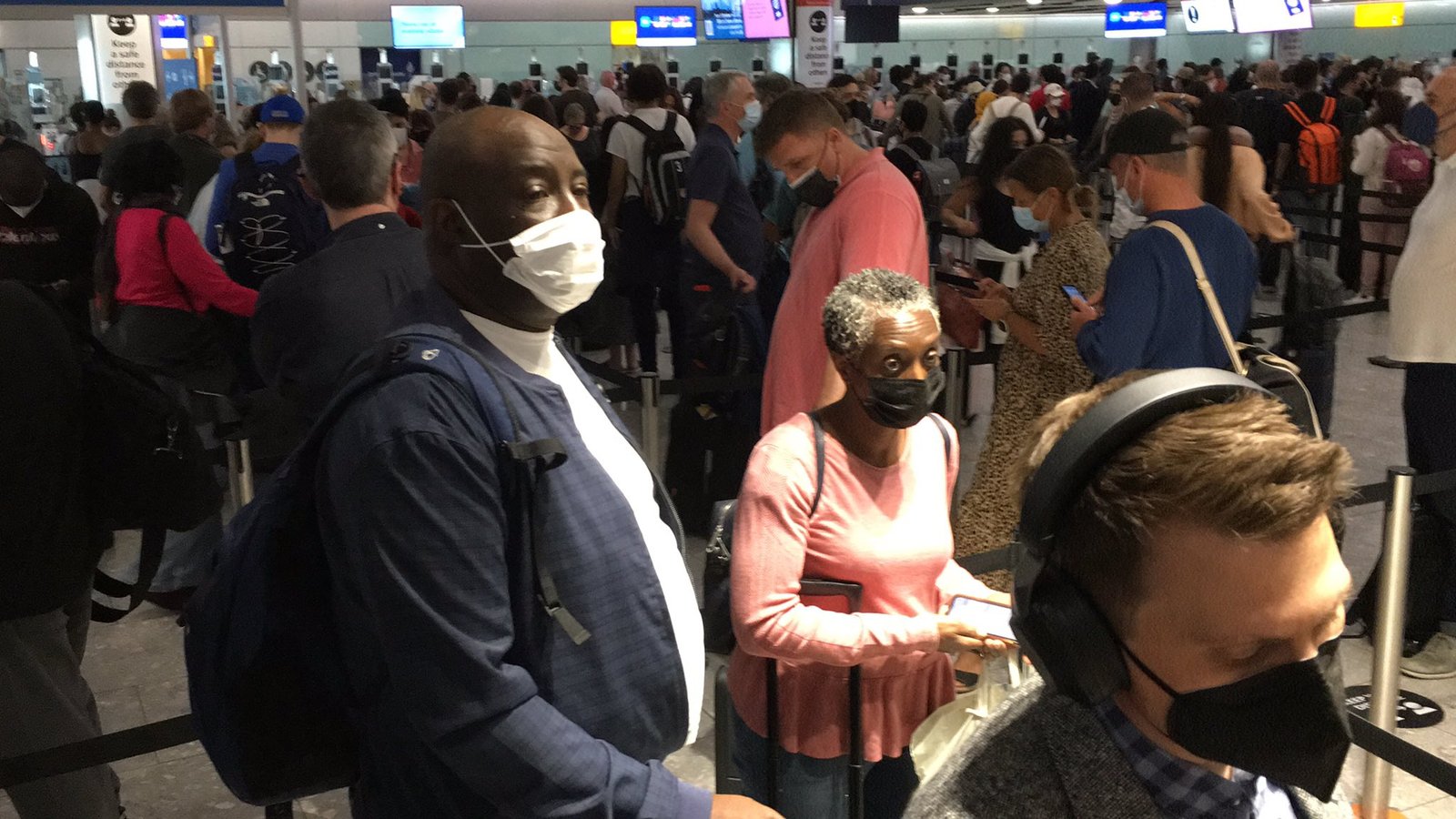 Massive queues have formed at Heathrow as crowds of people struggle to get through customs after e-gates failed, with some being left stuck on their planes.

The unspecified technical problem has been confirmed to have hit other airports including Edinburgh and Manchester.

In a statement, Heathrow said the issue has impacted Border Force’s “eGates”, which are operated by the Home Office, and affects a number of ports of entry.

Is this a great image? pic.twitter.com/ZPUvYpt6Ne

One person complained to to the airport on Twitter: “Please get yourselves organised. We have been queuing outside customs in a holding queue for over half an hour, nowhere near the front and customs is full.

Others shared pictures of long queues at other air and rail ports, including Manchester, where despite the crowd wearing face masks there was no room to socially distance.

Human logjam at Heathrow – apparently all the e gates at all the airports are down? That’s what the man just said. pic.twitter.com/BcJ9So3JVp

Documentary maker Louis Theroux called the queue at Heathrow a “human logjam” and one passenger told it took them three hours from wheels down to baggage claim.