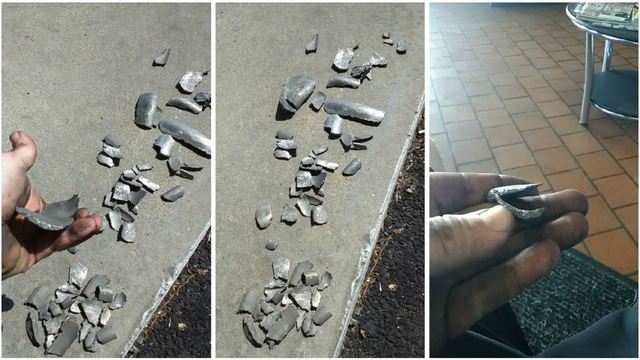 The FAA is investigating after metal fragments fell from an aircraft Tuesday night over a neighborhood in Henrico County.

The FAA is trying to determine whether or not the incident is related to a Delta flight that was diverted Tuesday night due to a reported engine problem.

The plane took off for Richmond and was headed to Atlanta when it diverted after declaring an emergency engine issue. The plane landed safely at Dulles International Airport at 9 p.m.

The 49 passengers who were on board the McDonald-Douglas MD88 aircraft were accommodated an alternate aircraft and landed in Atlanta three hours past schedule.

FAA statement
Delta Air Lines 1198 landed safely at Dulles International Airport at about 9 pm yesterday after declaring an emergency and reporting a possible engine problem. The flight departed from Richmond and was headed to Atlanta when it diverted. The FAA is investigating and cannot confirm that metal parts found by local businesses in Richmond came from the aircraft.