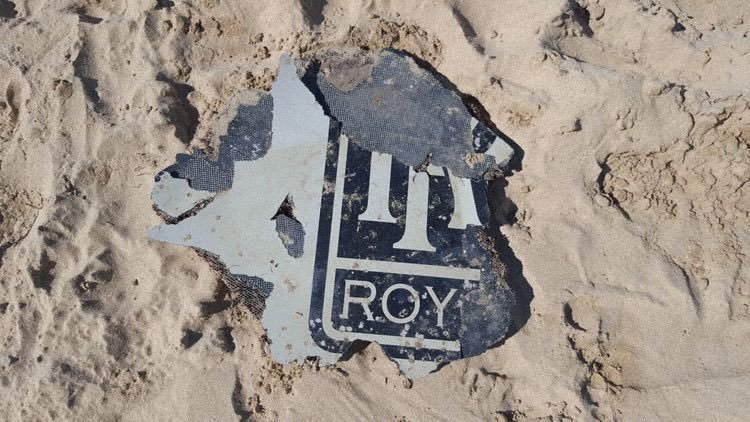 A South African archaeologist has found a piece of debris with part of an aircraft engine manufacturer’s logo and Malaysia’s transport minister said Tuesday that authorities will examine it to see if it is from the missing Malaysia Airlines Flight 370.

“Based on early reports, there is a possibility of the piece originating from an inlet cowling of an aircraft engine,” but a further examination and analysis are needed to verify whether it belongs to Flight MH370, said Malaysian Transport Minister Liow Tiong Lai. A team will be dispatched to retrieve the debris, Liow said in a statement.

On South Africa’s southern coast, Neels Kruger was walking along a lagoon on Monday afternoon, near the town of Mossel Bay when he spotted something that did not seem to suit the natural surroundings.

“Being an archaeologist I’m always looking for things with my nose to the ground,” said the 35-year-old. He recognized the brown honeycomb structure from photos of other pieces of debris believed to part of the missing aircraft.