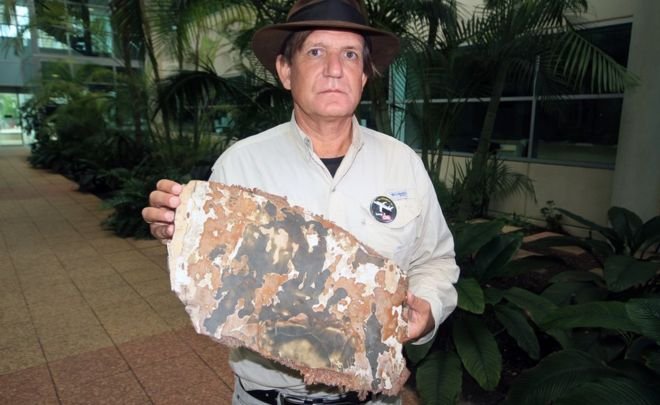 Five new pieces of debris that could belong to the missing Malaysia Airlines flight MH370 have been found in Madagascar.

Two fragments appear to show burn marks, which if confirmed would be the first time such marks have been found.

The most significant finding, according to Mr Gibson, is of the two alleged burnt pieces, recovered near Sainte Luce, in south-eastern Madagascar.

The flight is presumed to have crashed into the southern Indian Ocean after veering off course.

The findings were made by debris hunter Blaine Gibson, who has previously found other parts of the plane.