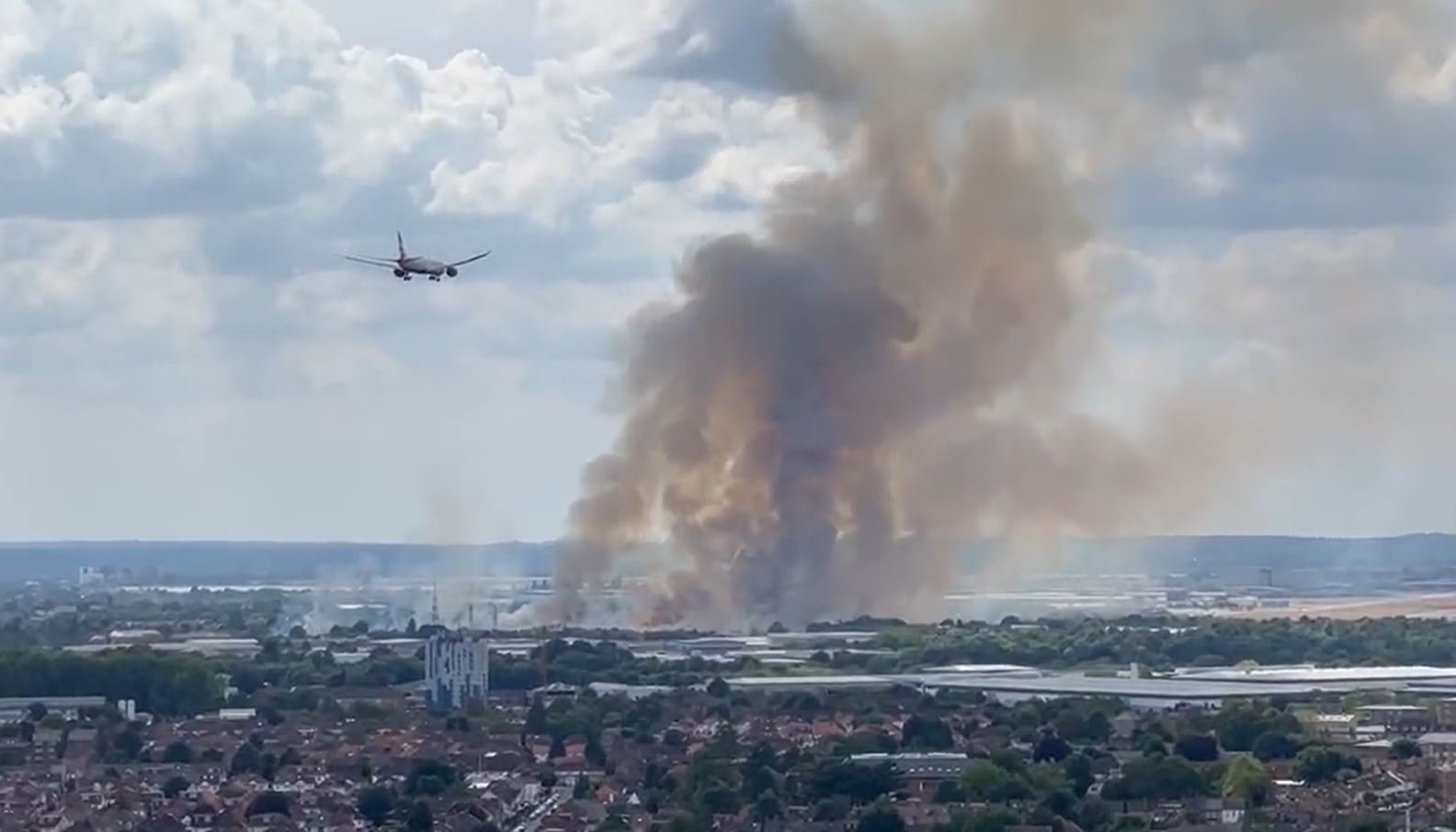 About 100 firefighters are fighting a massive grass fire near Heathrow Airport in west London, according to the London Fire Brigade.

A video shows a large plume of smoke shooting up from a field near Hatton Road in Feltham on Monday, August 1, as a plane approaches the airport.

The London Fire Brigade tweeted that approximately six hectares of grassland were on fire and a ‘large amount’ of smoke was being produced.

They said, ’15 fire engines and about 100 firefighters are fighting a grass fire at Hatton Road in Feltham.’

The cause of the fire is not known and it started just before 2.50 pm this afternoon.

Fire can be seen from #Heathrow terminal 2 🫣 pic.twitter.com/P2ASu0POnb

A Heathrow spokesman said the fire meant they were switching runways for the afternoon, but confirmed flights had not been affected.

Heathrow Noise, which provides live runway updates, said: ‘Good afternoon, due to smoke from a fire outside the airport, we are switching back to landing on the northbound runway (27R) and taking off from the southbound runway (27L). Our apologies for the disruption.’