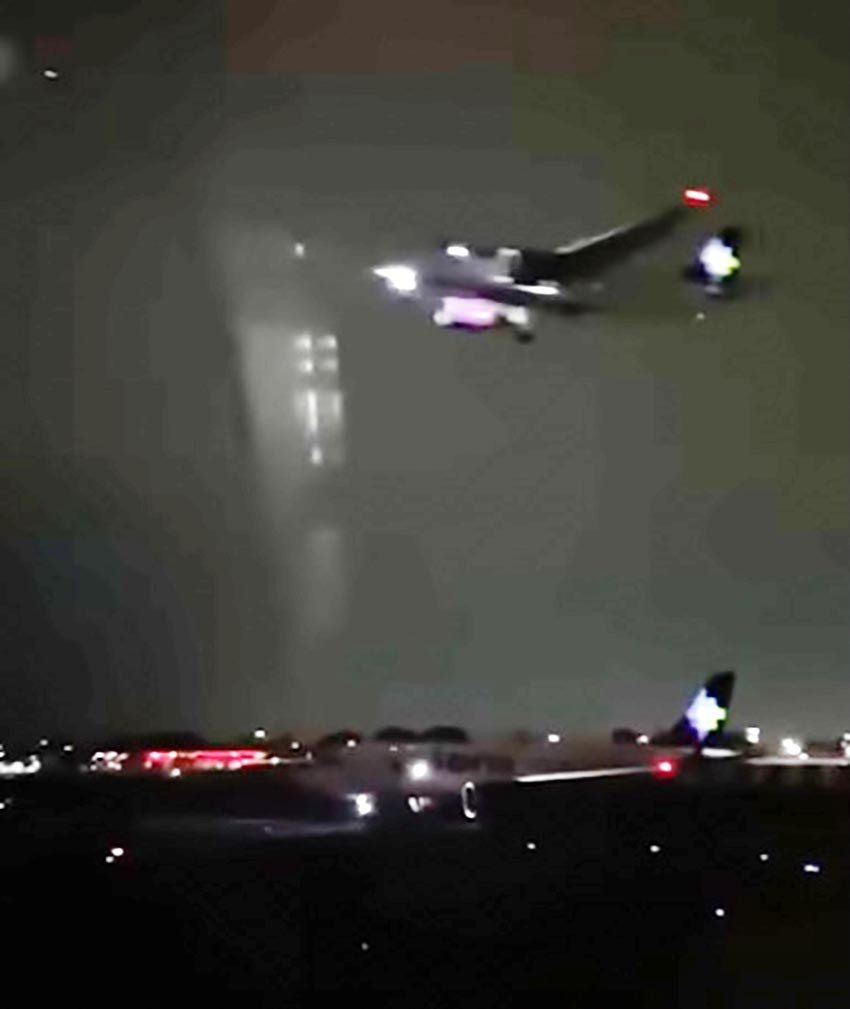 The pilots of flight Q64069 alerted the tower that they were on the runway but ATC confirmed the landing clearance for the approaching plane.

The crew of flight Y4799 noticed the plane on runway and went around after hearing pilots of a third plane expressed concerns about being cleared to land while the runway was occupied.