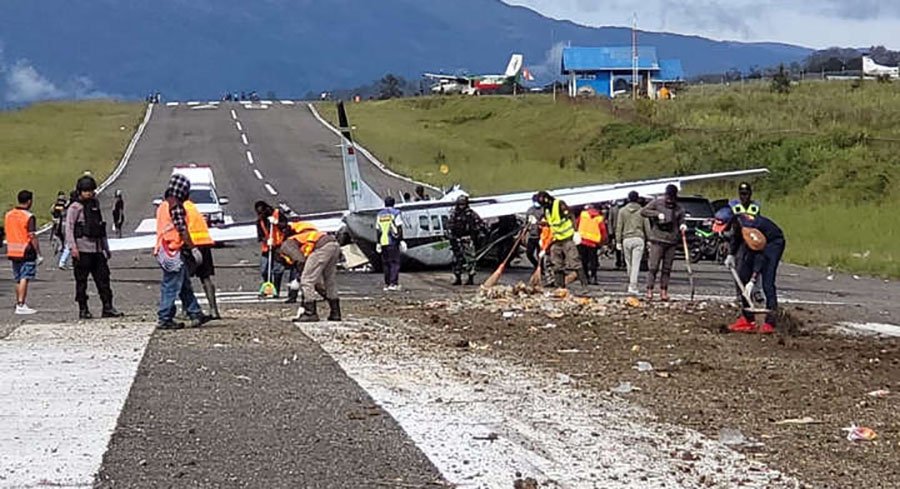 One of two pilots onboard the cargo aircraft did not survive, the other is in critical condition.

Smart Cakrawala Cessna 208 Caravan (PK-SNN) was destroyed in a landing accident in foggy conditions at Ilaga Airport (WABL), Indonesia. One of two pilots onboard the cargo aircraft did not survive, the other is in critical condition.

The body of a Smart Air pilot, Rahayu Kuntardi, who died in the crash of the cargo plane at the Aminggaru Ilaga Airport, Puncak regency, Papua, Monday (25/10), has been evacuated to Jakarta.

In addition, the injured co-pilot, identified as Eggie, has also been evacuated from Ilaga.

Herman said that when the ill-fated plane, which was carrying logistics from Timika, was about to land, a fog appeared to be covering the area around the airport. He said that the airport operations had continued as they had finished cleaning the runway. “The Aminggaru Ilaga Airport has returned to normal,” he added.