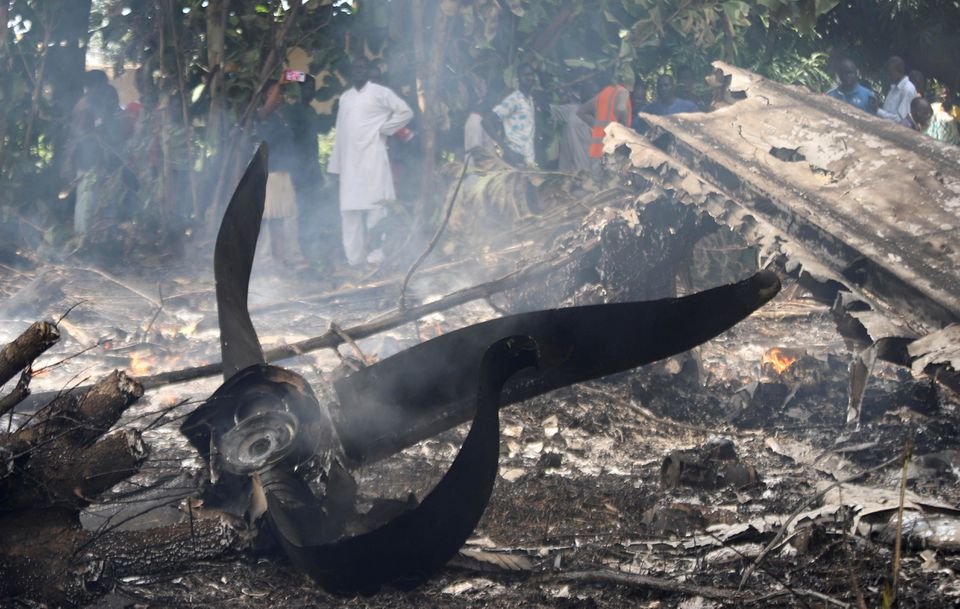 An Optimum Aviation Antonov AN-26 cargo aircraft crashed during the initial climb after take-off from Juba International Airport.

The cargo plane was operating a domestic cargo flight from Juba Airport to Maban Airstrip in South Sudan with five crew members on board.

Sadly, the aircraft crashed after the crew decided an emergency about 3 minutes after take-off, killing all five on board. The Country’s Red Cross stated that the dead bodies had been recovered from the crash site.

“It is a technical problem actually in which I can not explain right now, but it is confirmed Antonov 26 belonging to Optimum Aviation, it was taking off from Juba International Airport heading to Maban. No casualties are confirmed even though the passengers were not there, but crews were there.”

An unknown Antonov AN-26 cargo aircraft crashed about 3 min after take-off from Juba. The aircraft with 5 crew onboard came down in an unpopulated area to the east of the airfield. Rescue ops are underway. No information about casualties yet. https://t.co/c1RlPryuXo pic.twitter.com/sH7rSUClPd