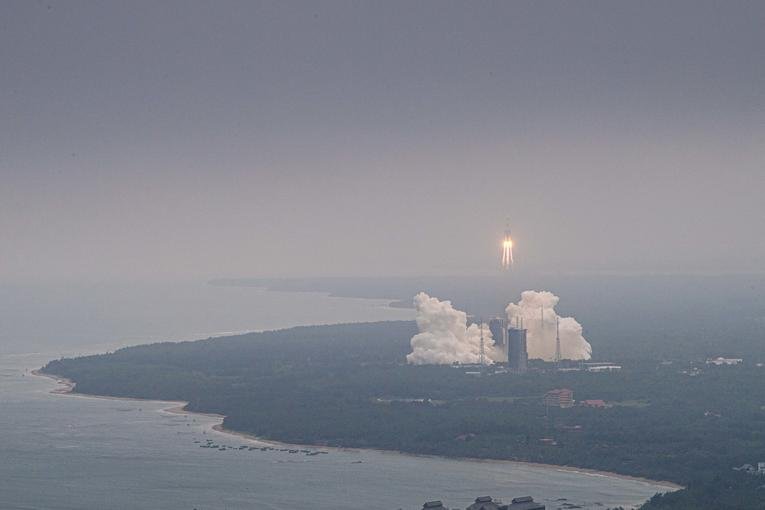 Part of a huge rocket that launched China’s first module for its Tianhe space station is falling back to Earth and could make an uncontrolled re-entry at an unknown landing point.

The 30-metre high core of the Long March 5B rocket launched the “Heavenly Harmony” unmanned core module into low Earth orbit on 29 April from Wenchang in China’s Hainan province.

The Long March 5B then itself entered a temporary orbit, setting the stage for one of the largest ever uncontrolled re-entries. Some experts fear it could land on an inhabited area.

“Last time they launched a Long March 5B rocket they ended up with big long rods of metal flying through the sky and damaging several buildings in the Ivory Coast,” he said.

“Most of it burned up, but there were these enormous pieces of metal that hit the ground. We are very lucky no one was hurt.”

On Tuesday the core was orbiting Earth around every 90 minutes at about 27,600km/h and an altitude of more than 300km.

Given its velocity, a small change in its path could make a big difference to where it ends up. It’s expected to return to Earth on 10 May, plus or minus two days.