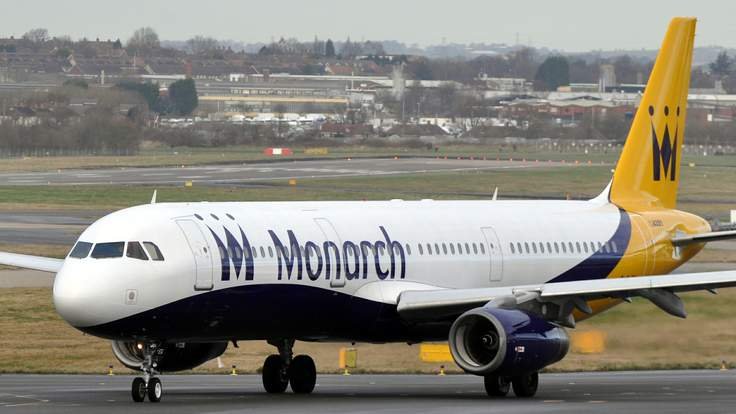 A passenger has been tackled by cabin crew after starting two small fires on board a Monarch flight to Egypt.

Police launched a investigation after the incidents on the Monarch flight from Birmingham to Sharm el Sheikh.

The fires were quickly extinguished by crew on board and no one way hurt.

The plane however is left unserviceable, leaving the holidaymakers due to fly back to Birmingham stranded.

A delayed passenger told the Birmingham Mail “The plane was unserviceable because a man set fire to onboard toilets deliberately while also smoking and abusing the cabin crew, terrifying crew and passengers.”

They added that the passenger who set the fires was escorted away, but “showed no remorse and verbally abused the passengers whose flight was cancelled”.

A spokesman for West Midlands Police said: “Officers from the Airport Policing Unit continue to investigate the circumstances around the incidents.

“At present no arrests have been made but our inquiries are still ongoing.”

Monarch Airlines said police were on hand when flight ZB472 – an Airbus A321 with 208 passengers and crew on board – landed in Egypt.

A statement said: “UK authorities have been notified and are dealing with the matter. As the alleged incident is the subject of a police investigation, we are not in a position to comment further.”

No arrests have been made.