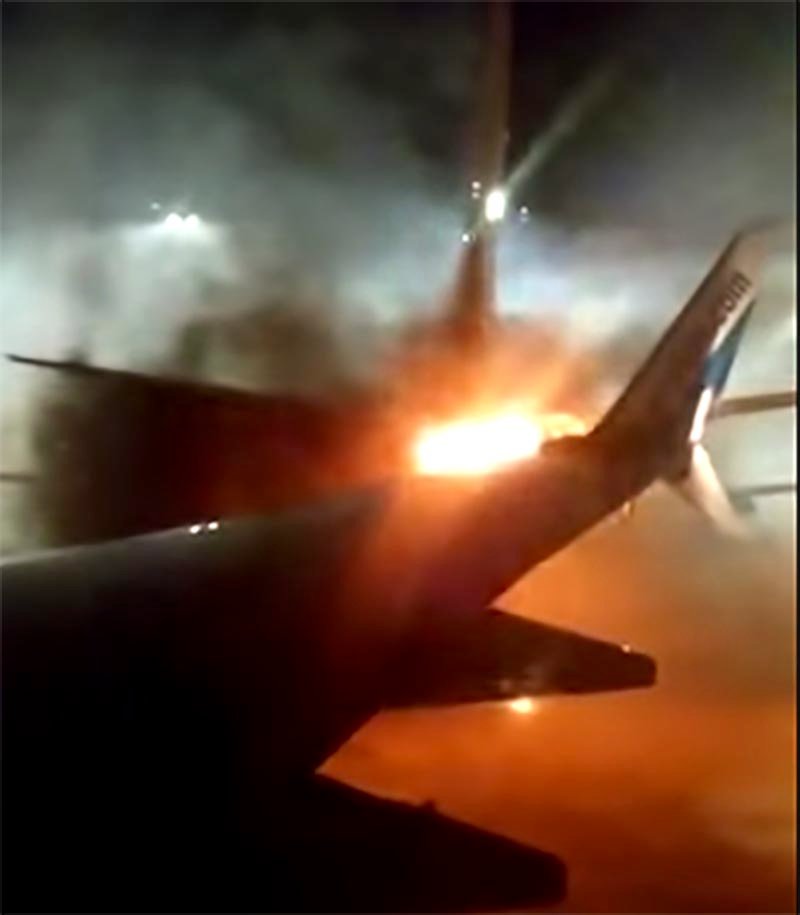 A plane that had just landed in Toronto was evacuated after it was struck by an empty aircraft pushing back from a gate, the airline said.

WestJet airlines said its Boeing 737-800 carrying 168 passengers and six crew was waiting for a gate when it was hit by a Sunwing plane.

All passengers were evacuated and safe, WestJet said.

The plane had landed at Toronto Pearson from the resort of Cancun in Mexico and was stationary when the collision took place, the airline said.

WestJet said: “Due to the position of the aircraft on the laneway, WestJet guests required evacuation via emergency slide.”

Pearson Airport said on Twitter that fire and emergency crews had responded to an “incident involving two aircraft” at its Terminal 3, and that passengers had been evacuated.

Sunwing said its plane was being towed by its ground handling service provider at the time and there were no passengers or crew on board.

The evacuation took place as temperatures in the city dropped to -21 C.