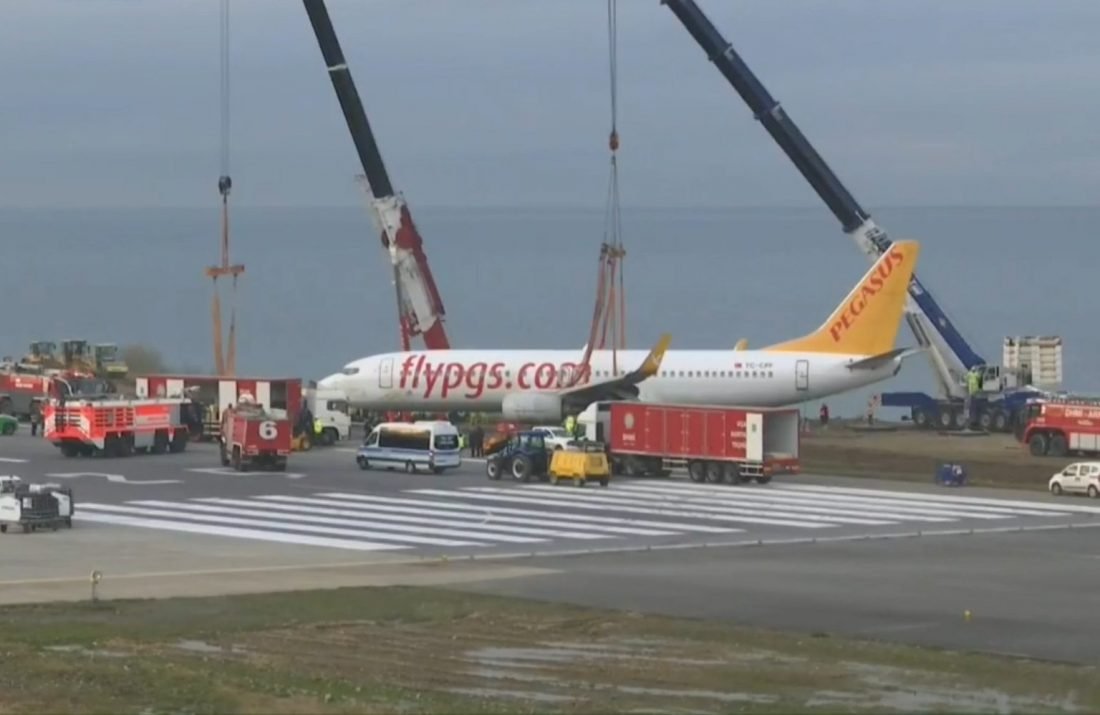 The right engine on flight #PC8622 gave full thrust after landing, which caused the aircraft to overrun the runway.

After the Boeing 737-800 (registration TC-CPF) touched down at Trabzon Airport in Turkey, the thrust reverse on the right engine did not activate. Instead the engine was switched into ‘go-around’ mode and gave full thrust, this caused the aircraft to turn left.

It is not yet known if this problem was caused by a technical fault or pilot error. The pilots first blamed an engine failure for the crash landing.

Technical issues with the thrust reverse on this particular aircraft were known to the airline before this accident.

This accident is very similar to a crash in 2007, when TAM-Linhas-Aéreas flight #JJ3054 crashed into several buildings after overshooting the runway on the left side, causing 199 fatalities. Reason for this accident was an issue on the right engine caused by pilot error. The pilots did not activate thrust reverse on the right side, instead they put the engine into climb (or ‘go-around’) mode.