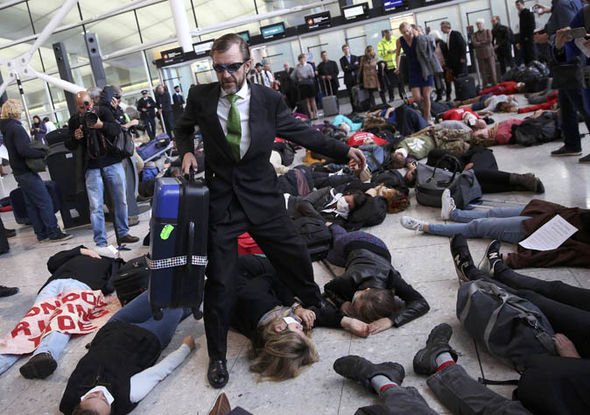 People are lying down on the floor in terminal two, holding banners, in protest at plans for any airport expansion.

Some have tape over their mouths, symbolising their belief that their voices are not being heard.

The protest has been organised by campaign group Reclaim the Power, which says more runways would be “devastating for local air quality and for climate change”.

Campaigners also joined hands and sang protest songs and a group of 100 cyclists, wearing red, stood in a line outside.

To explain the red line, Reclain the Power tweeted: “Airport expansion is a line that must not be crossed to stop climate change.”