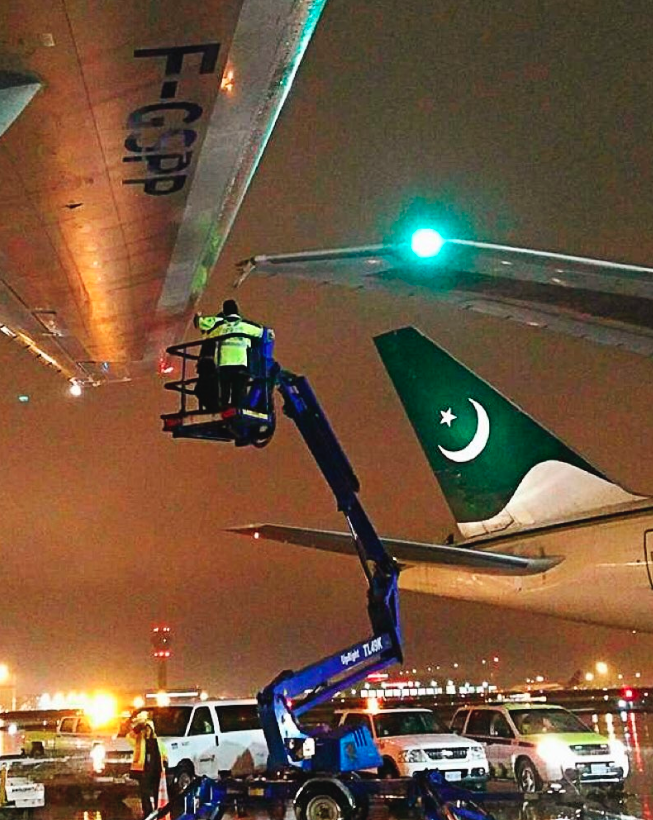 The Air France Boeing 777 (reg. F-GSPP) flight #AF351 was parked at a gate at Terminal 3 when the PIA plane taxiing towards its gate, clipped wings with it.

No one was injured in the incident and the airport operations were unaffected.

PIA flight #PK790 to Lahore has been cancelled. Passengers have been provided hotel accommodation.