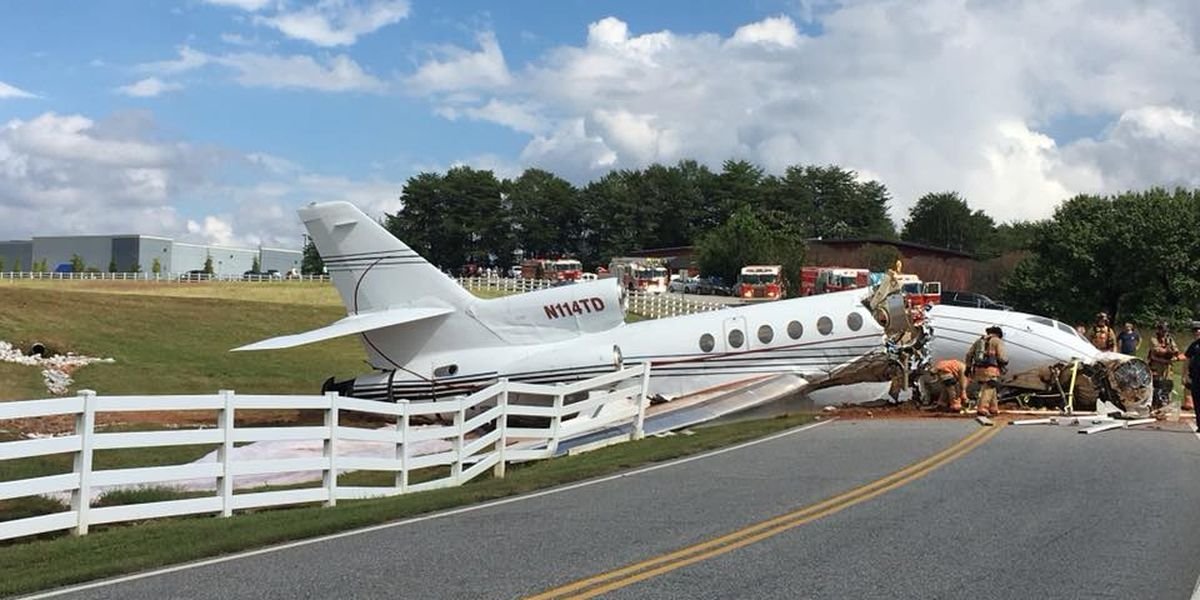 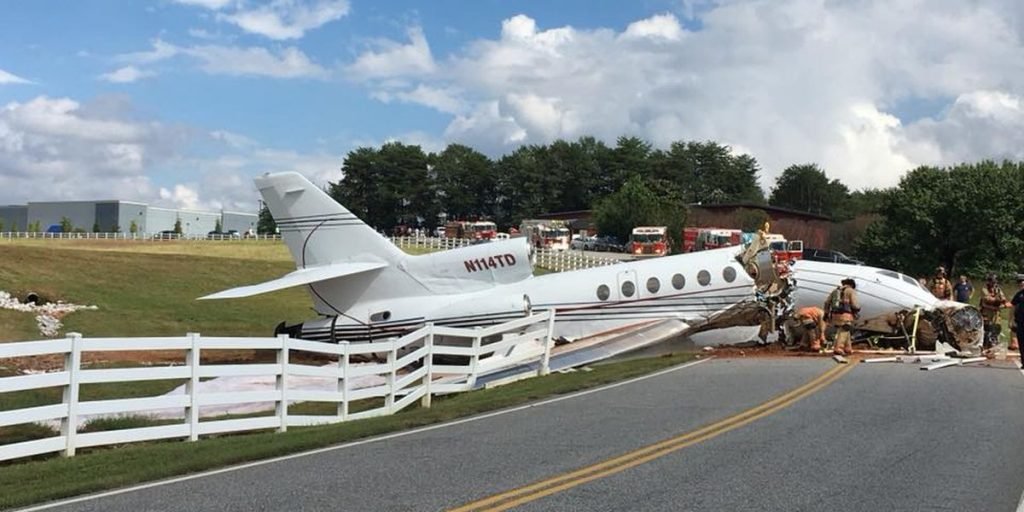 The Dassault Falcon 50, which was carrying four people, crashed into boundary fencing at Greenville Downtown Airport at around 1.40pm local time (5.40pm BST).

The aircraft came to a stop after crashing into the fencing, but broke into two.

The Greenville Police Department reported four people were on board the aeroplane: three men and one woman.

Tristan Johnson, spokesman for the Greenville City Fire department, reported that the two people who died in the crash were the pilot and co-pilot.