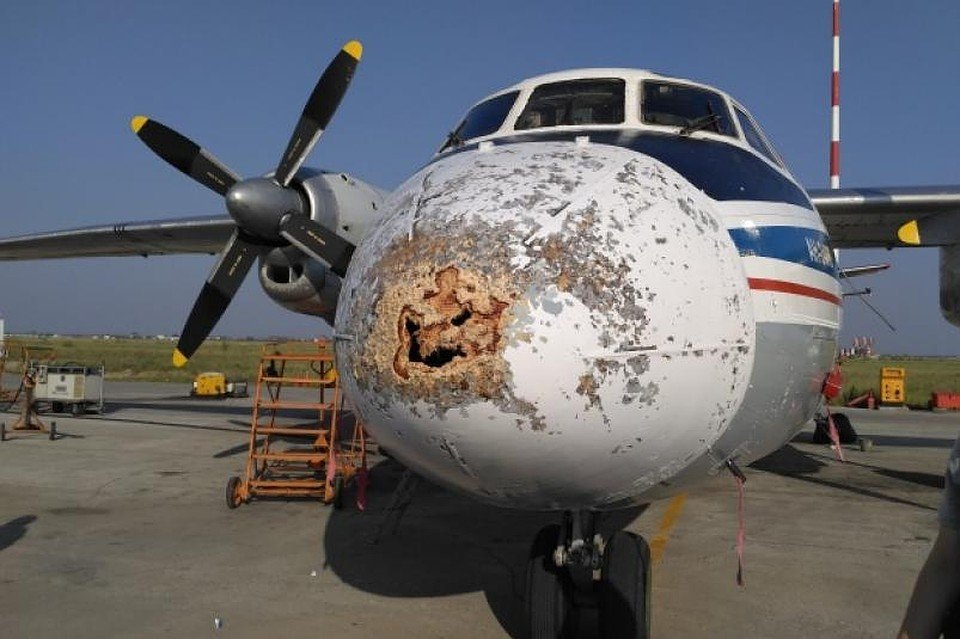 Polar Airlines An-24 departed from the village of Olenek to Yakutsk . The nose cone was damaged in flight by intense hail.

On board the An-24 were 33 passengers and four crew members, no one was injured.

The Territorial Administration of the Federal Air Transport Agency has set up a commission that conducts an investigation of the incident.