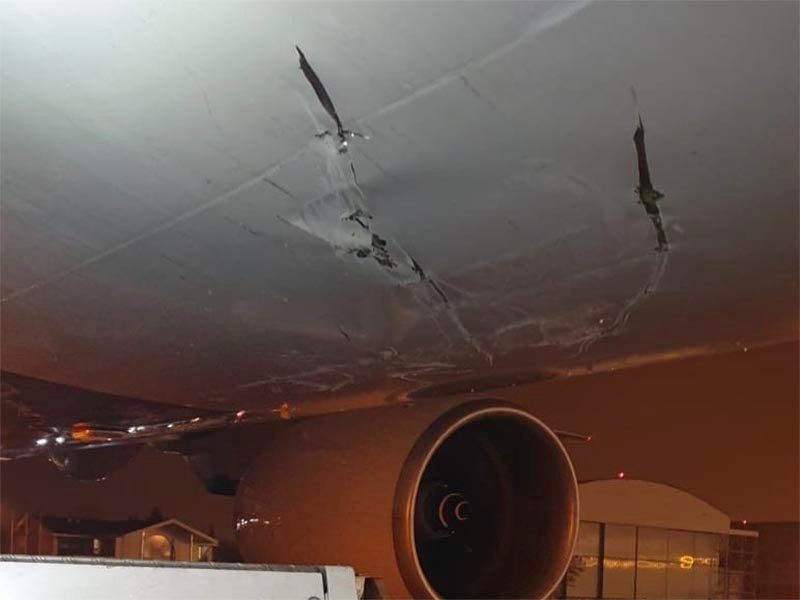 The Boeing 777-200 (reg. 4X-ECC) was damaged when the tug slammed against the nose gear when apparently the towbar snapped.

There were no reports of injuries.

The Prime Minister extended the stay till Friday to board the replacement flight sent from Israel.