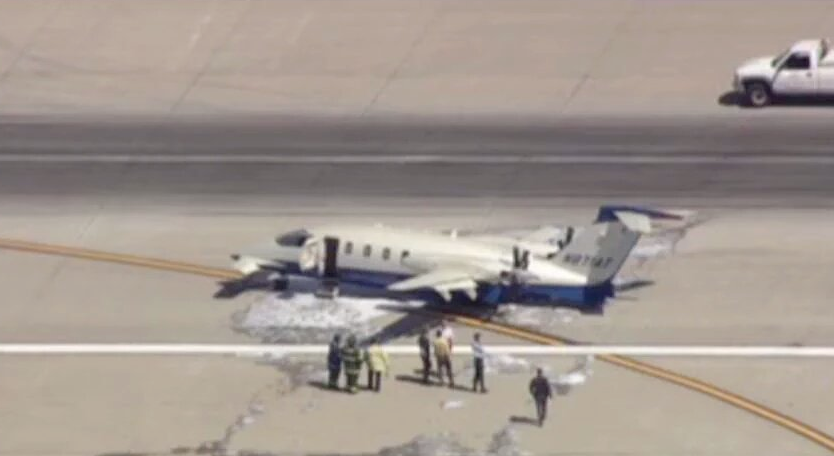 A private plane made an emergency landing at Norman Y. Mineta San Jose International Airport on Thursday afternoon with four people on board who were able to walk away unharmed, airport officials said.

No one was injured when the landing gear collapsed on the Piaggio P180, according Federal Aviation Administration spokesman Allen Kentizer. Vidoe at the scene showed the small white plane sitting atop a pile of foam, and fire fighters and other authorities surrounding it.