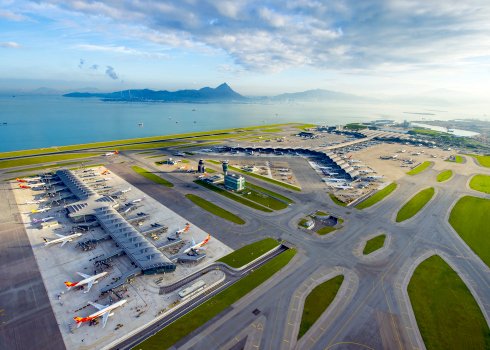 Protestors are planning to “stress test” Hong Kong International Airport this weekend. ABC News Australia reports that Hong Kong’s High Court was extending an order that requires demonstrations to have permission from authorities.

In response protest organisers have told protesters to “Go to the airport by different means, including MTR, Airport Bus, Taxi, Bike and Private Car to increase pressure on airport transport.” The stress test aims at clogging up transport networks to and from the airport. The test is planned Saturday 24 August from 7am-11am. The airport authority told Channel news Asia it was deeply concerned about the planned protest. “The Airport Authority Hong Kong strongly advises that any person should not interfere with the normal operations of the airport nor passengers’ journeys.”

The airport is built on reclaimed land and is reached by train or a highway of interlocking bridges.

ABC also reports that the airport authority has taken out half page ads on major newspapers “urging young people to ‘love Hong Kong’ and said it opposed acts that ‘blocked and interfered with the operation of the airport.'”