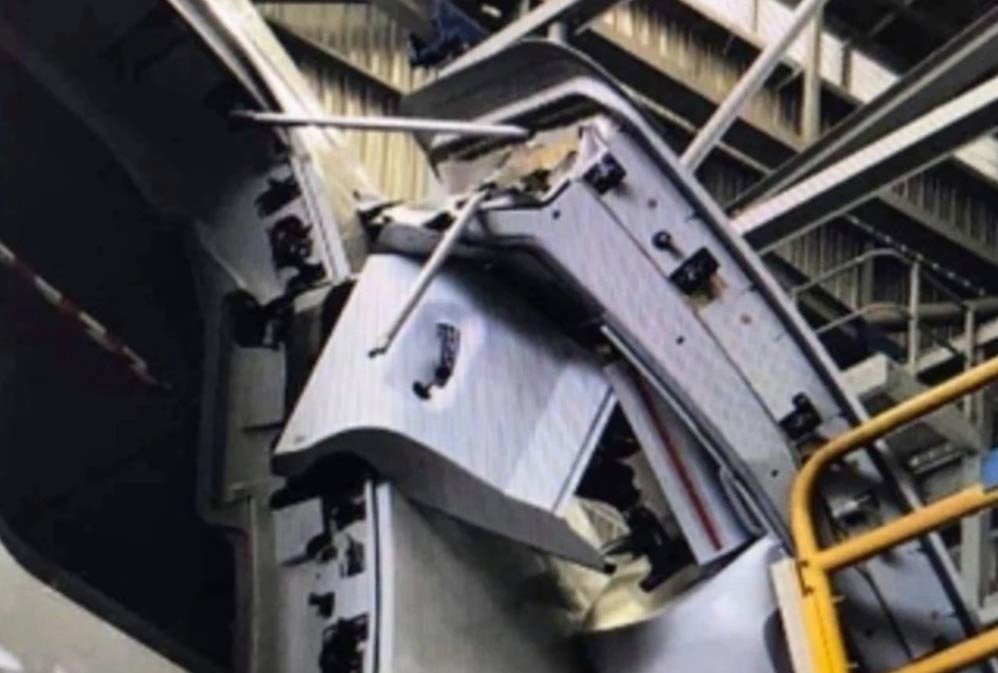 A door on a Qantas A380 has been almost totally ripped off after one of the airline’s double-deck planes struck scaffolding as it was being rolled out of a maintenance hangar at Sydney Airport.

The A380 (reg. VH-OQB) had been undergoing routine maintenance in Hangar 96 at the jet base and struck a support structure as it was being pulled out in readiness to re-enter service.

The flight #QF7 from Sydney to Dallas scheduled on Saturday afternoon, and the return flight #QF8 from Dallas on Sunday has been cancelled.

The airline already has two A380s on the ground undergoing refurbishment in Brisbane and Abu Dhabi, in the Middle East. The A380 is the flagship of Qantas’ fleet, of which it has 12.