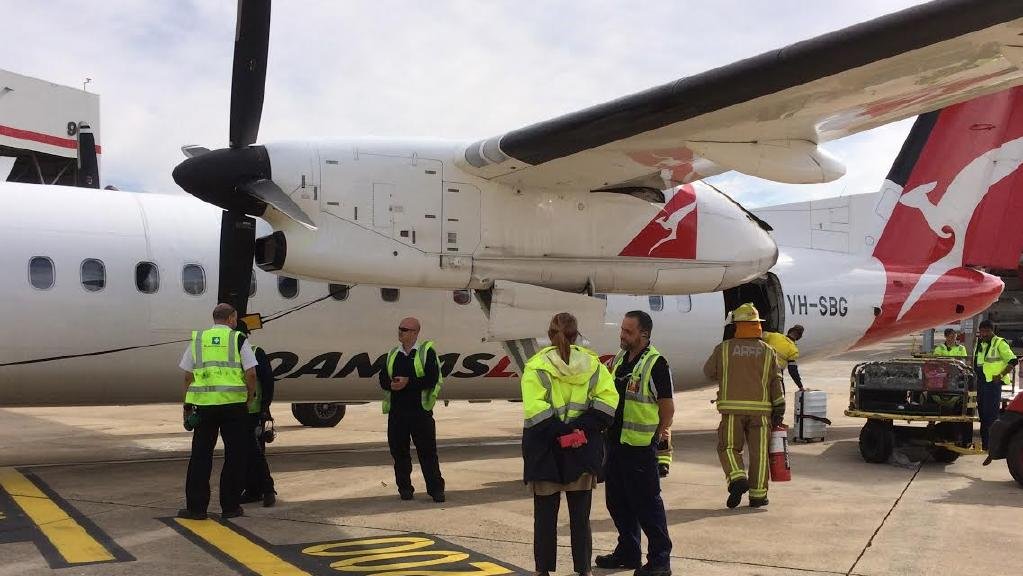 Qantas flight QF1474 was forced to abort its landing after a “malfunction” alert sounded in the cockpit moments after its wheels were lowered.

The Dash 8-300 flight from Canberra to Sydney was descending to runway about 1.45pm and was at 1300ft when the captain suddenly pushed the thrust, raised the wheels and climbed away from the busy air hub before turning the plane out to sea.

The captain advised a malfunction alert had been detected and he would have to “go around” so he and his co-pilot could go through a checklist of procedures before attempting another landing.

A fire truck and several airport safety vehicles and emergency services were scrambled in the interim.