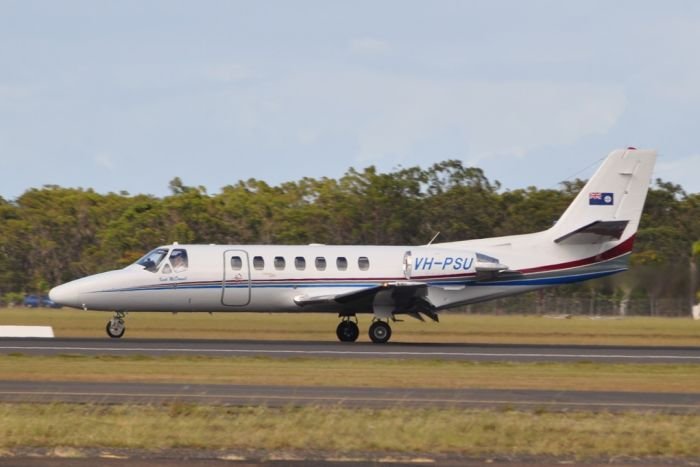 A Cessna 560 Citation Ultra, registration VH-PSU, carrying senior Queensland emergency services personnel was forced to turn back approximately half an hour into a flight between the Queensland state capital of Brisbane and the city of Townsville. On board the police jet were the Queensland Police Commissioner Ian Stewart, Queensland Police Minister Mark Ryan MP, Emergency Services Commisioner Katrina Carroll, Corrective Services Commissioner Peter Martin and head of Maritime Safety Queensland Captain Patrick Quirk. Those on board were due to meet up with Queensland Premier Annastacia Palaszczuk for an Australia Day event.

Flight tracking shows the 19 year old aircraft going from an altitude of 10650m (approx 35,000feet) to 3060m (approx 11,800 feet) in what was described as a “rapid controlled descent” after a “technical issue.” The aircraft was flown at low speed during it’s return to Brisbane. Those onboard reported loud bangs and the smell of smoke in the cabin. The aircraft landed safely at Brisbane airport and was met by ARFF and Brisbane Airport Corporation staff.

After the incident Premier Palaszczuk said, “I want to pay tribute to the pilots who took the correct course of action and thankfully there were no injuries. But once again it does remind us that Queensland is a big state and when we undertake our duties people are flying the length and breadth of our state. So of course they are deeply apologetic that they weren’t here today but safety is the number one priority.”

Calm & professional response by our great pilots Gordon and Randall. They got us down safely. Text book work by air controllers and airport Firies & safety officers!! Thanks to all involved. @QldPolice

Minister Ryan described the experience as scary and added, “[b]ut I knew the fantastic and highly experienced pilots of the Government Air Wing were in control. I’m grateful to them for their professionalism, skill, reassurance, and calmness.”

The COO of the Public Safety Business Agency Peter Griffin said the pilots remained in control at all times. A report will be submitted to the Civil Aviation Safety Authority and the Australian Transport Safety Bureau.