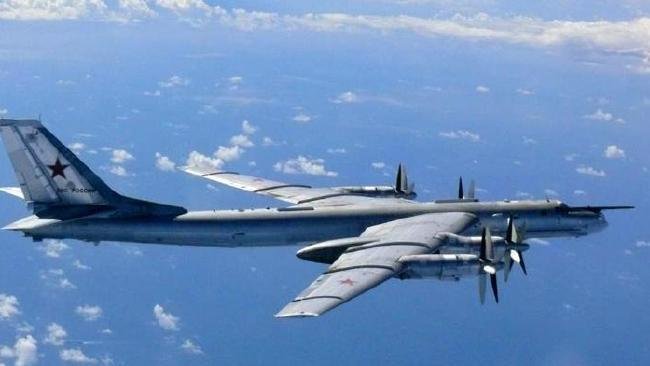 Royal Australian Air Force (RAAF) Base Darwin was put on hightened alert after Russian long range bombers flew out of Indonesia during exercises earlier in December.

The “short period” of “increased readiness” was in response to 100 Russian personnel, plus aircraft. 2 Ilyushin-76 arrived at Biak Airbase in the East Papua Province of Indonesia on 4 December. They were followed by 2 nuclear capabable TU-95 bombers. The 5 day period they were visiting was the first patrol mission of the TU-95 in the South Pacific.

Australia’s Department of Defence told the Australian Broadcasting Corporation (ABC) “the ADF maintains appropriate levels of readiness and posture to respond to evolving circumstances. There were no instances of unalerted or unscheduled foreign aircraft operating in Australian airspace during this period.” And “in early December there was a brief period of increased readiness” at [RAAF Darwin]. Defence also says the base was never in lockdown.

Russia’s Ministry of Defence posted a press release on it’s website. The statement in full, reads:
“Today [Dec 7] two Tu-95MS strategic bombers carried out air alert mission over neutral waters of south Pacific Ocean. The aircraft took off from the Indonesian airfield Biak. The flight time exceeded eight hours. Flights over neutral waters in Arctic, Northern Arctic, Black and Caspian seas, and Pacific Fleet are conducted regularly by long-range aircraft. All the missions of the Russian Aerospace Forces are carried out in strict accordance with the International Air Law.”

Defence expert, Peter Jennings from the Australian Strategic Policy Institute told ABC:
“For the Russians to send a couple of aircraft this far down south I think is really proving it’s got the capacity for that long-range reach. It doesn’t surprise me in the least that our own military forces raised their alert levels in response. I’m sure there would have been concerns about Russian intelligence gathering because they wouldn’t have come this far south without wanting to look at the one significant [United States] allied presence in this part of the world, which operates out of [RAAF Base] Darwin and RAAF Base Tindall a little further south.”

RAAF Darwin was formed in 1940 and is 6.5km from the Darwin CBD. It is considered to be a Forward Operating Base with year round activity. RAAF Darwin also shares it’s runway with Darwin International Airport with both sharing IATA/ICAO Codes (DRW/YPDN). It is also on the Commonwealth Heritage List.