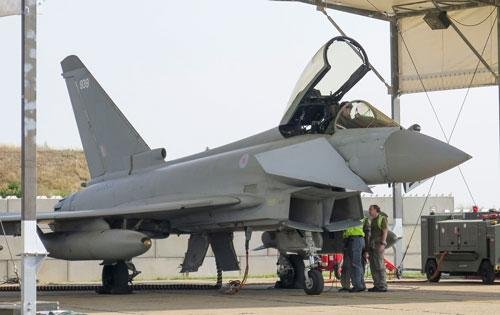 A Royal Air Force Typhoon based in Romania has been launched as a response to Russian aircraft operating near NATO airspace over the Black Sea.

The Russian military jets were flying over the western Black Sea and were monitored by the Typhoon in accordance with the NATO Enhanced Air Policing (eAP) mission the RAF are conducting in Romania. The Tupolevs were tracked as they departed south but the jets did not come within visual range of each other.

Previously NATO’s Air Surveillance and Control System had detected several tracks of non-NATO military aircraft flying over the Black Sea, which were later identified as the two Russian jets. The NATO Combined Air Operations Centre (CAOC) at Torrejon Spain, ordered a RAF Typhoon jet to scramble and shadow the Russian jets flying in international airspace in the vicinity of NATO airspace.