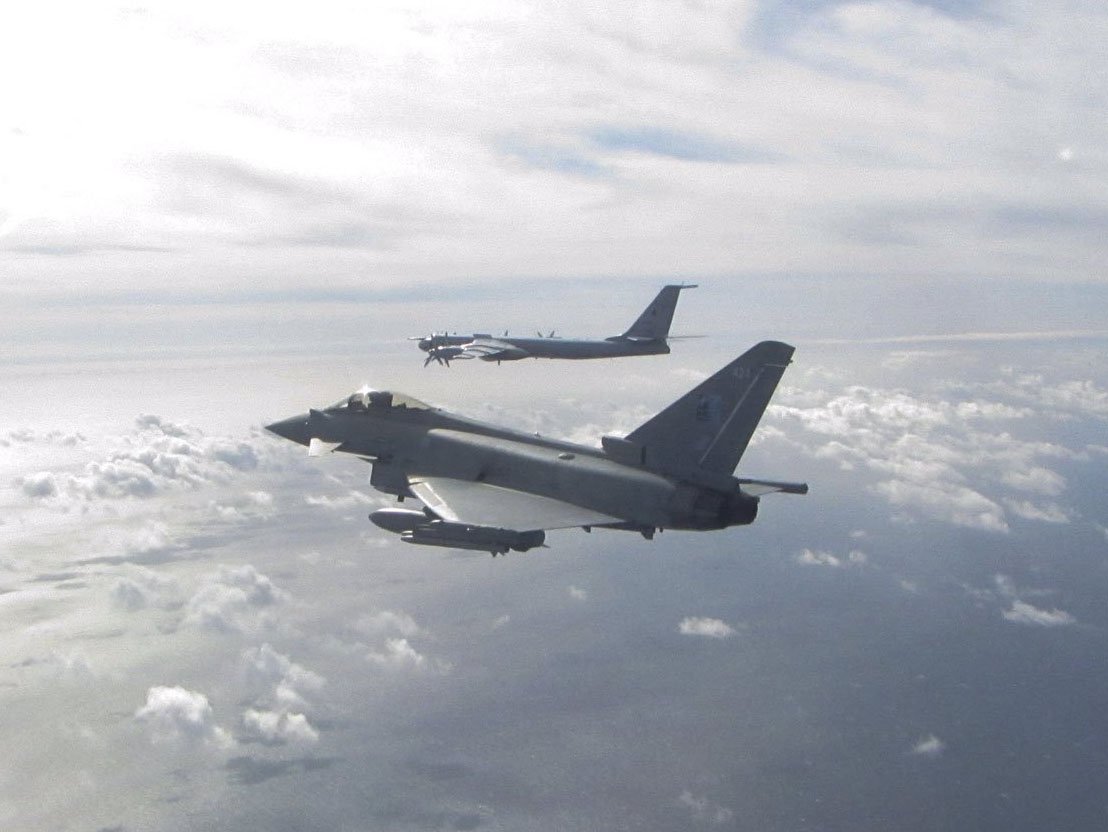 RAF fighter jets have intercepted two Russian aircraft off the coast of Scotland.

The Eurofighter Typhoons were scrambled into action after the Tupolev Tu-142 planes “entered the UK’s controlled zone of international airspace”, the Ministry of Defence said.

An MoD spokesman said that monitoring the zone ensures the safe passage for all other aircraft, including civilian transatlantic airliners that are under UK civilian air traffic control.