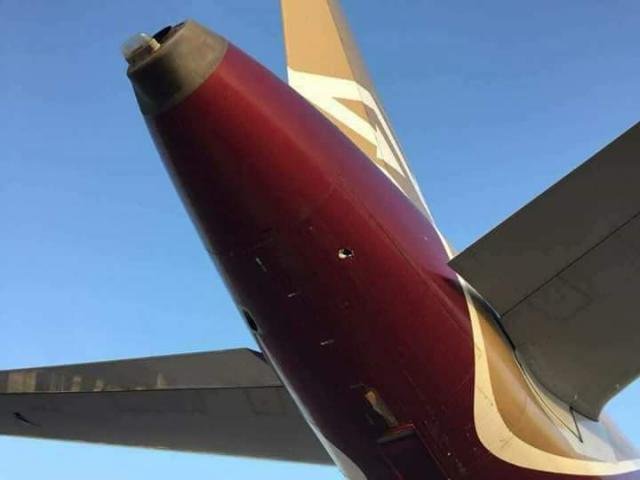 Rockets hit Libya’s main airport and damaged a plane as it was waiting to take off early on Thursday, a security force said, underscoring fragile security.

One rocket hit an Airbus 320 of state-run Libyan Airlines, and others struck the arrivals hall at Tripoli’s Mitiga airport at around 2am (0000 GMT), but no one was injured, a spokesman for the Special Deterrence Force (Rada) said.

Photos circulating on social media showed a tear in the tarmac and holes in the wing and body of the plane.

Tripoli has been controlled by a patchwork of armed groups since a 2011 uprising that toppled long-time leader Muammar Gaddafi and splintered the country.