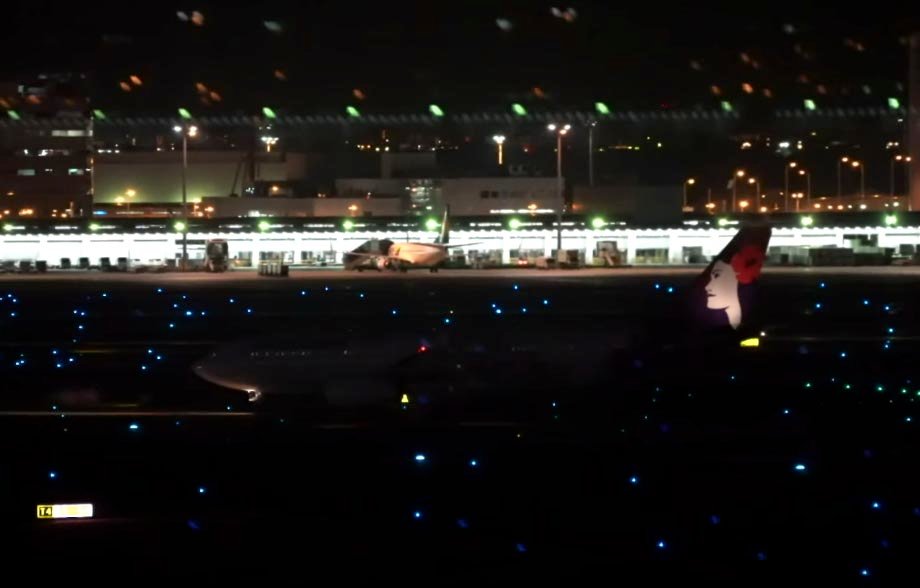 Hawaiian Airlines flight #HA458 from Tokyo Haneda to Honolulu was taxiing for departure when it crossed active runway.

At least 2 flights on final approach to runway 22 were instructed to go around while the Hawaiian A330 vacated the runway.