ALERT Seen from plane: a trillion-tonne iceberg has finally broken away from the Antartic ice shelf 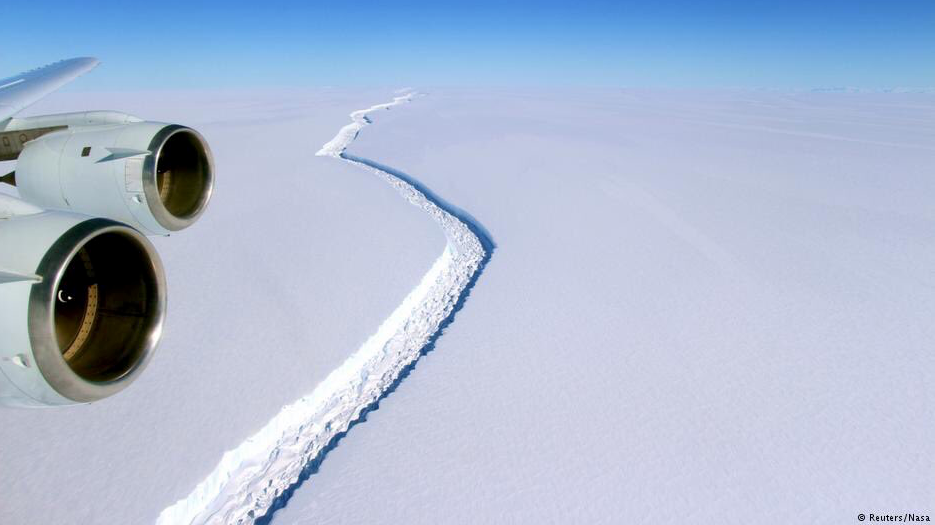 One of the largest icebergs on record has broken away from an ice shelf in Antarctica, scientists have said.

Researchers who have been monitoring a huge crack in the Larsen C Ice Shelf, which had left a vast iceberg more than a quarter the size of Wales “hanging by a thread”, say the rift has finally completed its path through the ice.

The final breakthrough happened between Monday and Wednesday and was detected in data from Nasa’s Aqua MODIS satellite instrument.

The calving of the iceberg, which is likely to be named A68, reduces the size of the Larsen C Ice Shelf by around 12% and will change the landscape of the Antarctic Peninsula forever, the scientists said.