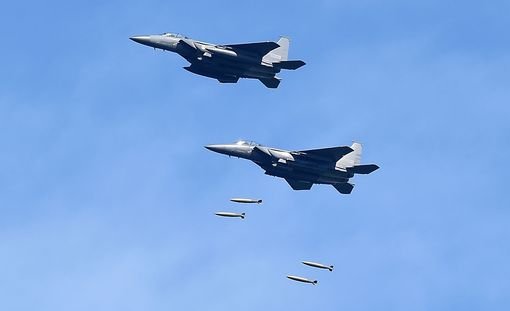 The North Korean aircraft flew north of the so-called tactical measure line, drawn up to 20km north of the Military Demarcation Line (MDL), South Korea’s military said in a statement.

The maneuvers came after North Korea fired more than 80 rounds of artillery into the sea overnight, and the launch of multiple missiles into the sea on Thursday, including a possible failed intercontinental ballistic missile (ICBM).

The launches prompted the US and South Korea to extend air drills that have angered Pyongyang.