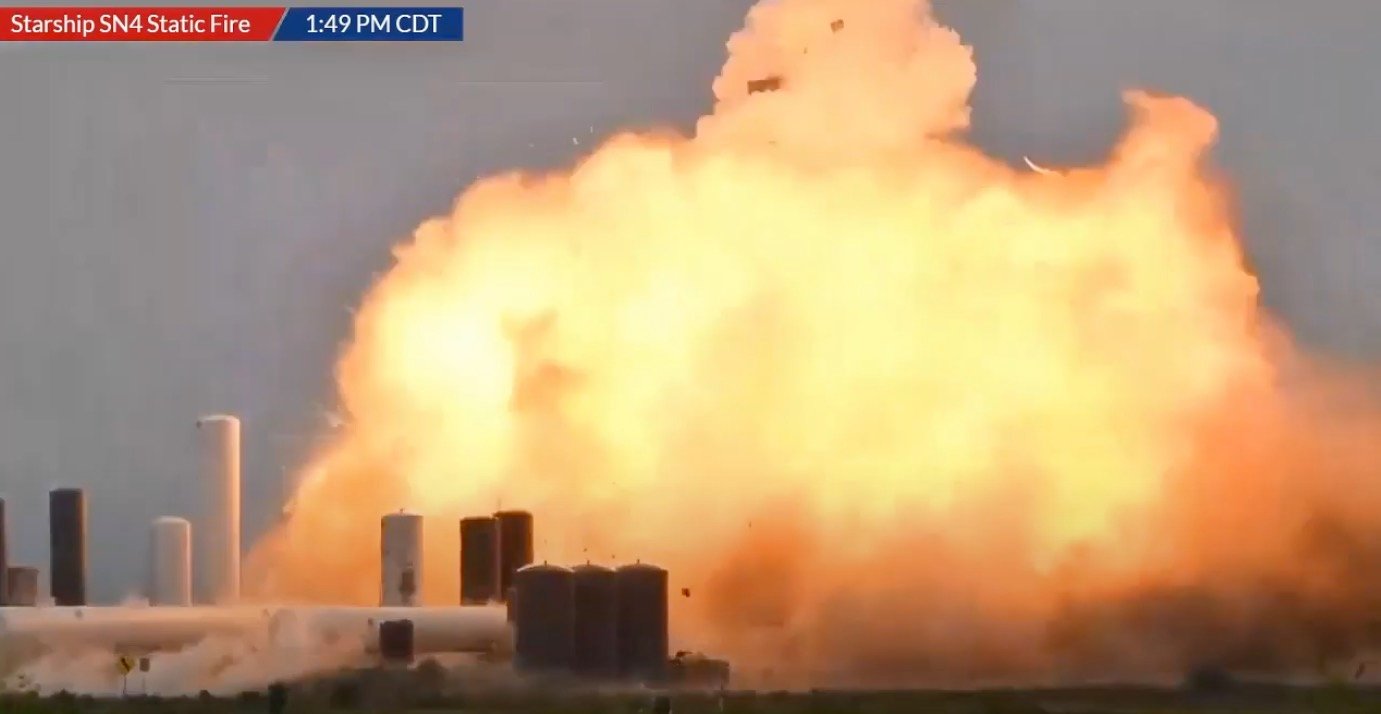 SpaceX had just conducted yet another static fire test of the Raptor engine in its Starship SN4 prototype launch vehicle on Friday when the test vehicle exploded on the test stand in Boca Chica, Texas.

This was the fourth static fire test of this engine on this prototype, so it’s unclear what went wrong vs. other static fire attempts.

This was a test in the development of Starship, a new spacecraft that SpaceX has been developing in Boca Chica. Eventually, the company hopes to use it to replace its Falcon 9 and Falcon Heavy rocket, but Starship is still very early in its development phase, whereas those vehicles are flight-proven, multiple times over.

The goal was to fly this SN4 prototype for short distances following static fire testing, but that clearly won’t be possible now, as the vehicle appears to have been completely destroyed in the explosion.