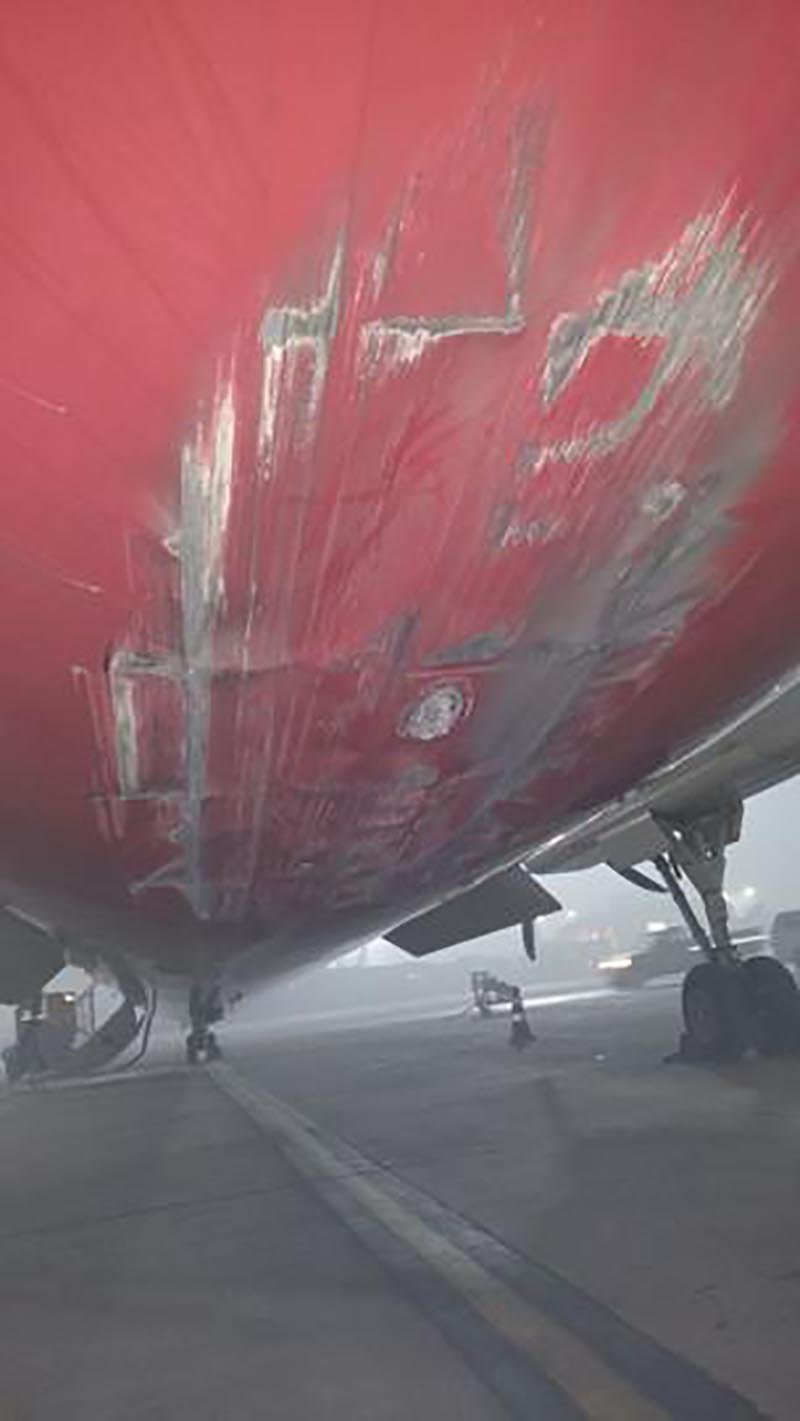 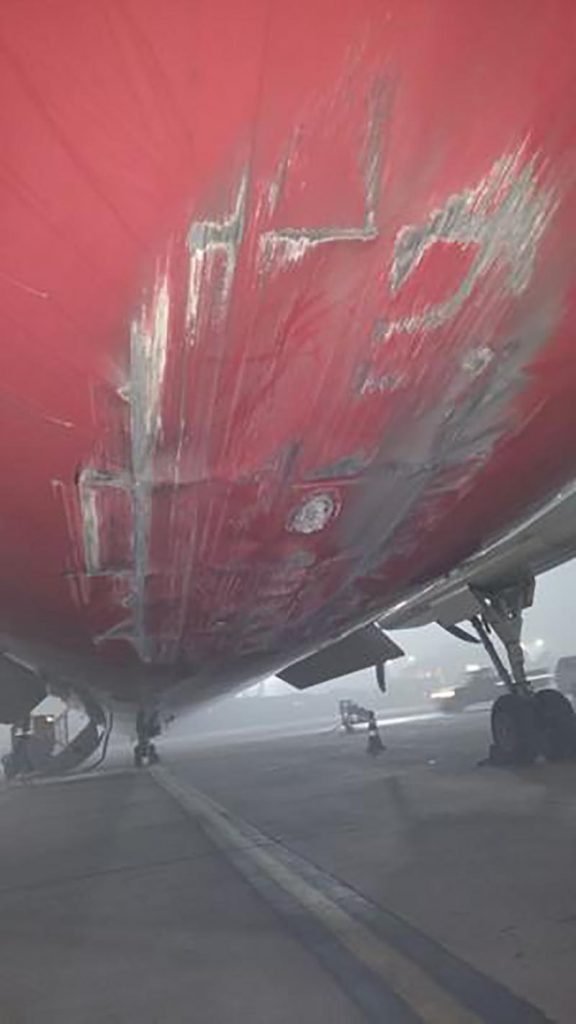 A SpiceJet spokesperson confirmed the incident and said none of the passengers were injured.

The airline representative identified the damaged aircraft as VT-SUL, a Bombardier Q400 turboprop.

The official ruled out lack of visibility as a possible reason for the incident.

Delhi and its surrounding areas have been enveloped in a toxic haze originating from crop fires, reducing visibility to few metres. The smog has led to several accidents in the surrounding states, some resulting in deaths.