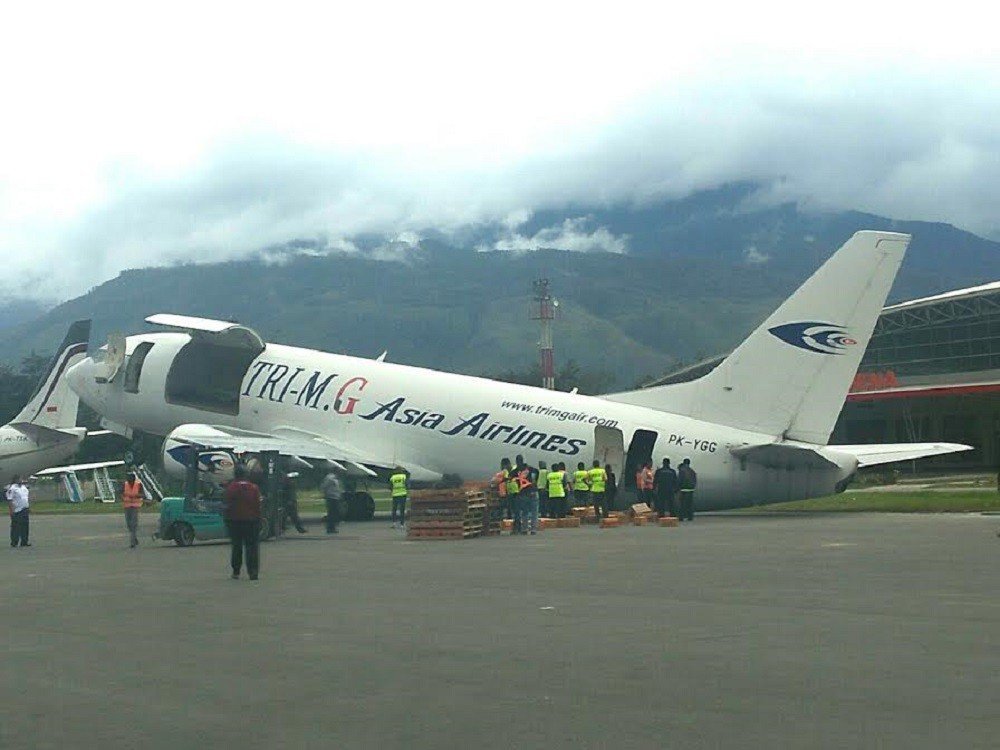 Cooking oil spilled in the center of the cabin of a Tri-M.G. Airlines cargo aircraft, causing the plane’s tail to tip downward and touch the apron during unloading at Wamena Airport in Papua on Monday.

The Tri-M.G. Boeing 737-301F carried a variety of cargo, including Bimoli cooking oil that spilled in the cabin during unloading.

”During the unloading, the cooking oil in the center part of the cabin spilled out, causing the base of the plane to become slippery. It caused the rest of the cargo to slump to the rear of the plane, lifting the front part approximately two meters from the surface of the apron,” said Wamena Airport head Rasburhani.

The plane arrived at Wamena Airport at 3 p.m. local time from Timika. The unloading process was completed at 3:40 p.m.

“The aircraft has returned to its normal condition,” Rasburhani told The Jakarta Post.

The incident only caused some scratches on the back of the plane.

“We are waiting for the results of the investigation from the Transportation Ministry’s directorate of operations and airworthiness maintenance,” he said.