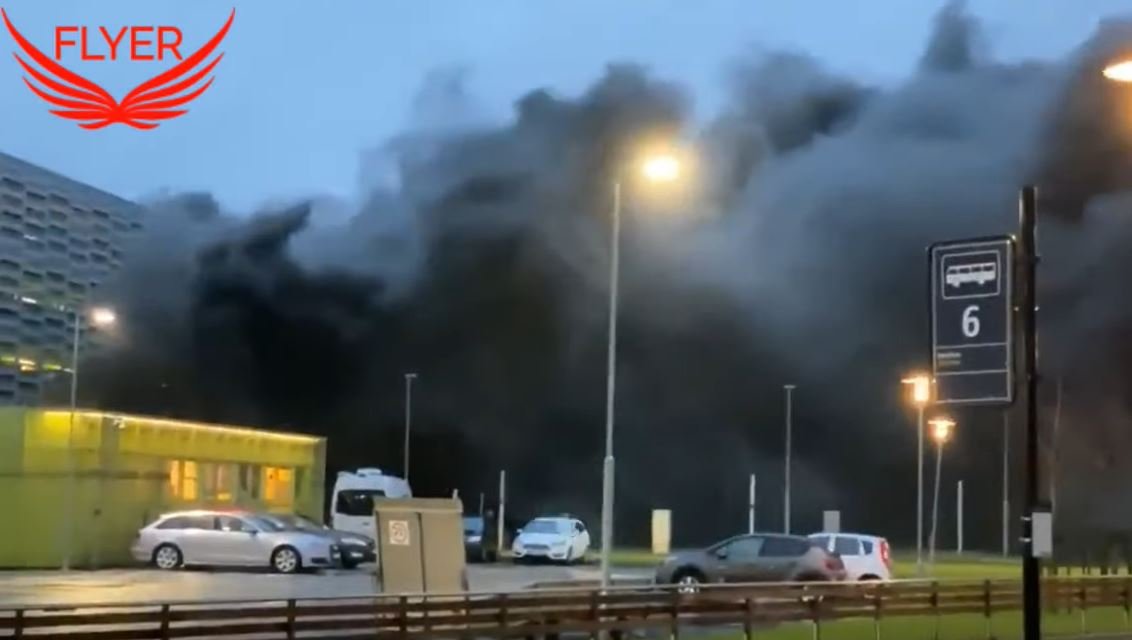 All airline traffic in and out of Stavanger’s main airport at Sola was halted Tuesday afternoon after a fire in the airport’s parking garage raged out of control.

Prime Minister Erna Solberg was among those stranded by the airport closure, which wasn’t expected to reopen until Wednesday morning at the earliest.

As the fire spread in the garage, explosions could be heard as parked cars’ fuel tanks blew up from the heat. More than 300 cars were already destroyed.

Airport operator Avinor reported that the garage has capacity for more than 3,000 cars and was almost full when the fire broke out around 4pm.

The smoke and explosions from the fire that was first reported at around 3pm forced not only the halt in all airline traffic but also evacuation of nearby buildings.