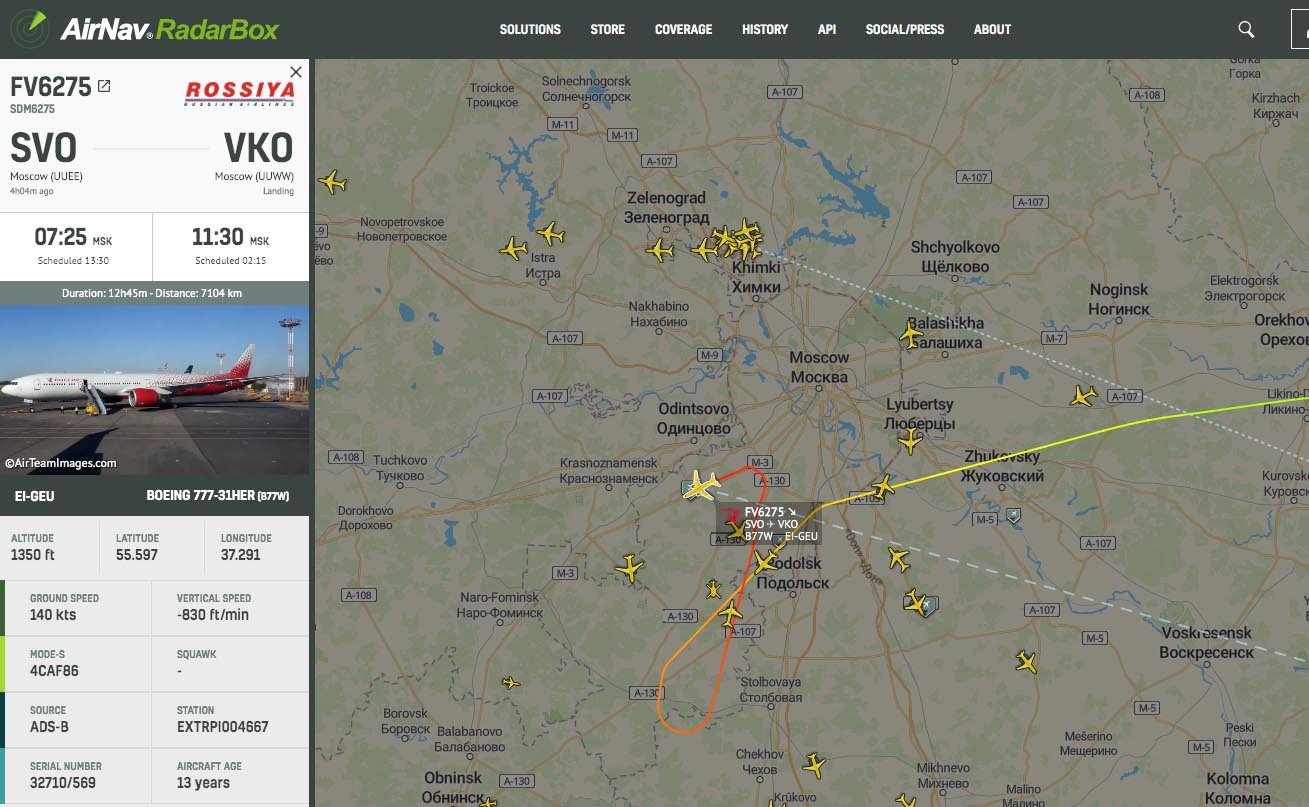 A Rossiya Boeing 777 to Bangkok just made an emergency landing at Moscow’s Vnukovo Airport supposedly due to a cracked windshield.

A Boeing 777-300ER flight #SU6275 from Moscow SVO to Bangkok performed an emergency landing at Moscow VKO Airport due to a technical issue, a Russia airline representative said in a statement.

A reserve airplane is being urgently readied for conducting the scheduled flight, the representative noted, adding the passengers would be meanwhile offered all the necessary services at the Vnukovo terminal, while they wait for their flight.

Preliminary data suggests the cockpit window of the aircraft has cracked, prompting the pilot to request the landing.