A Boeing 737 made a hard landing at Las Vegas Airport early Friday morning.

Around 1:15 a.m. Feb. 4, Sun Country flight #110 took off from Las Vegas and was scheduled to fly to Minneapolis/Saint Paul International Airport (MSP).

Reid airport officials and Sun Country media relations said there was a landing gear malfunction and the aircraft had to return to the Las Vegas airport shortly after take-off. 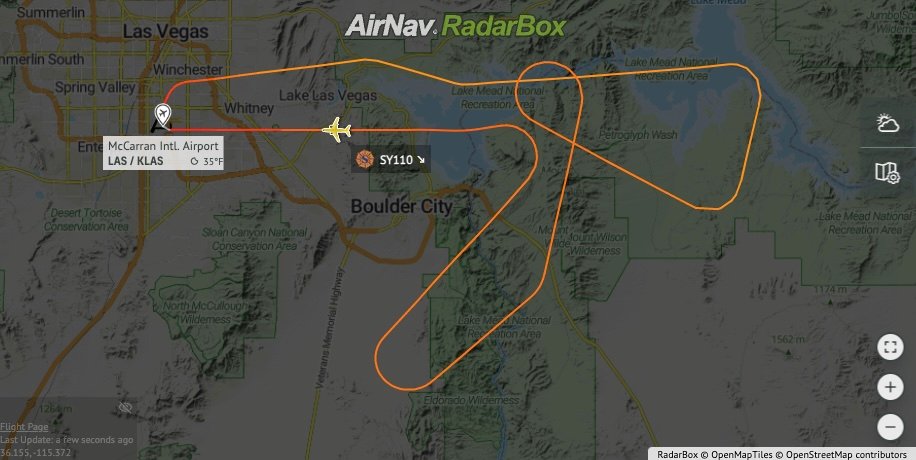 There were 56 total people on board; 50 passengers and six crew members, according to Sun Country. All were safely deplaned and no injuries were reported.

Sun Country said it has activated its emergency response plan and it working with NTSB on an investigation.

Sun Country Airlines Statement
At approximately 1:18 a.m. PT, Sun Country 110, scheduled to operate between Las Vegas’ McCarran International Airport (LAS) and Minneapolis/Saint Paul International Airport (MSP), returned to LAS shortly after takeoff. Upon landing, the aircraft’s right landing gear malfunctioned, causing the aircraft to stop on the runway. Las Vegas Emergency Response personnel responded to the aircraft and all 50 passengers and six crew members were safely deplaned via an airstairs before being transported to the terminal. At this point there is no report of injuries.

Sun Country has activated its emergency response plan and is responding to this incident in coordination with local authorities and the NTSB.

“We will first and foremost take care of our passengers and crew,” said Sun Country CEO Jude Bricker. “We will then fully investigate this incident to understand what happened.”