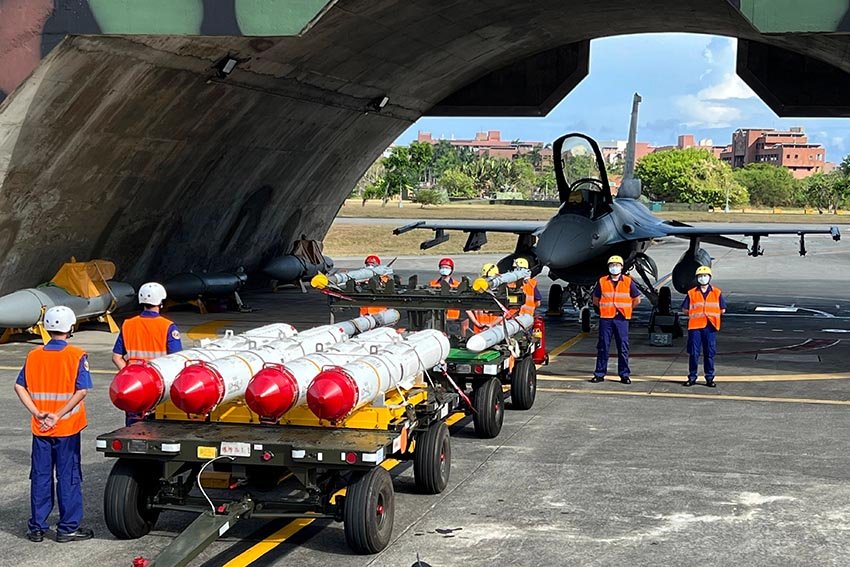 Taiwan warned it would treat any Chinese incursion into the island’s airspace as a “first strike,” as Taipei seeks to deter Beijing from ratcheting up military pressure around the island.

Defense Minister Chiu Kuo-cheng told lawmakers in Taipei that the ministry was taking such incursions more seriously after a recent spate of closer flights by Chinese warplanes and drones.

Pressed on whether any warplane’s violation of Taiwan’s airspace would be viewed as a first strike, Chiu said, “Yes,” without elaborating what the response would be.

Taiwan is trying to reassert a buffer zone that China has eroded, particularly since House Speaker Nancy Pelosi’s visit to the island in August. Since then, an average of 10 Chinese military aircraft per day have flown across the median line dividing the Taiwan Strait or into the southwestern corner of the island’s larger air-defense identification zone, according to Bloomberg-compiled data.