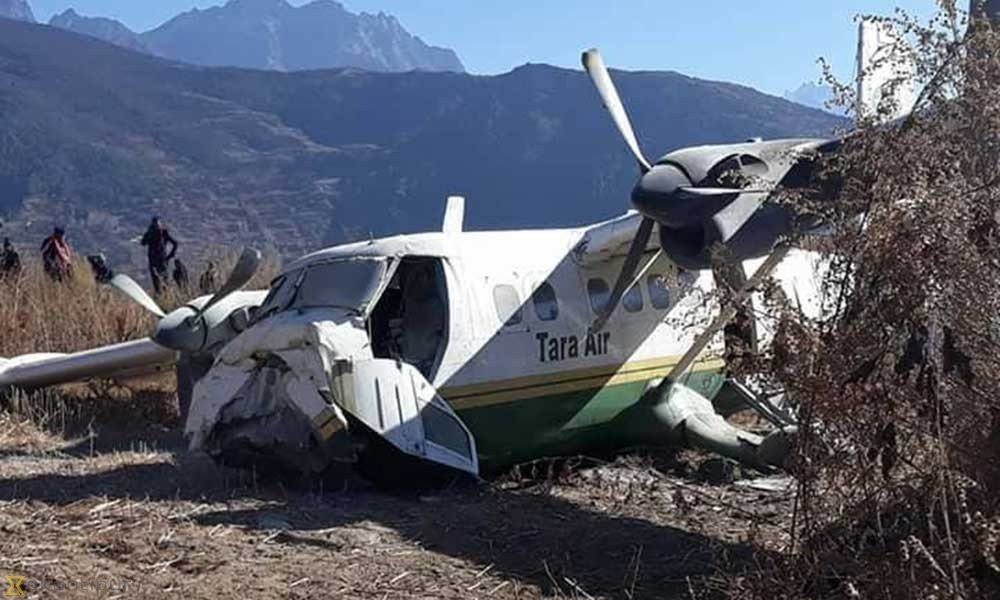 Sixteen passengers, including a pilot, were injured when a DHC-6 Twin Otter of Tara Air crashed during take-off at Simikot Airport in Humla on Tuesday. 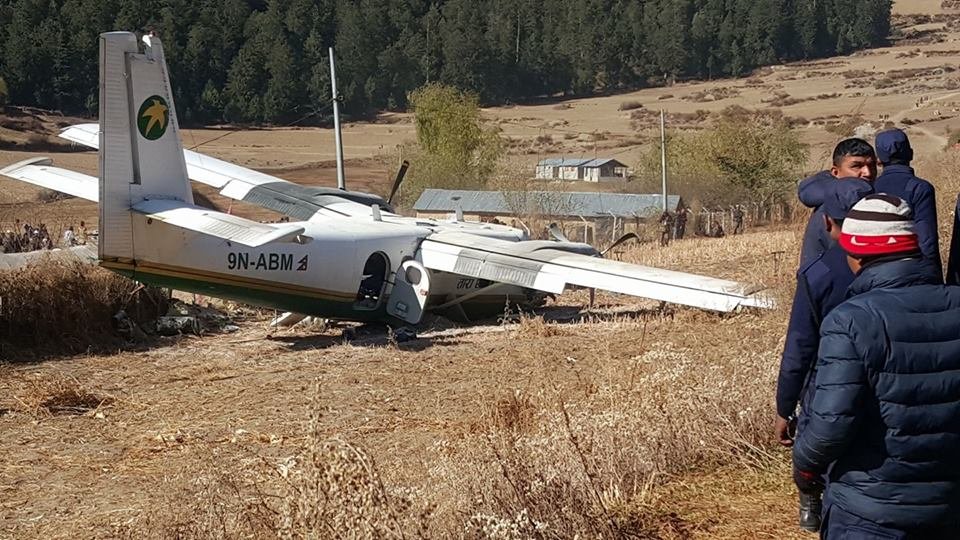 Pilot Basanta Lama suffered injuries to his head in the accident. Thirteen other passengers suffered minor injuries. They are receiving treatment at Humla Hospital. The injured are being resuced by a Nepal Army chopper.

The plane was carrying 13 police personnel returning to Surket after completing election duty in Humla district.