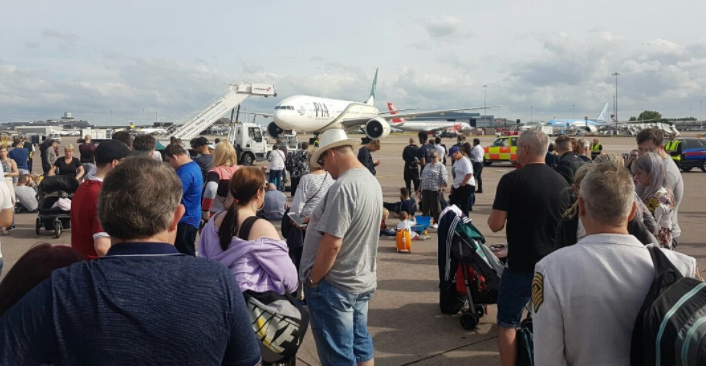 Passengers are waiting on the parking after having been asked to leave the terminal.

Passengers are reporting armed police at the scene, and say the incident has been sparked after an unattended bag was discovered in the Duty Free area.

Police say they were called to the airport at around 2.45pm today to reports of an unattended bag and conducted a “precautionary” evacuation of all passenegrs and staff.

Bomb disposal officers are in attendance and a controlled explosion is currently taking place.