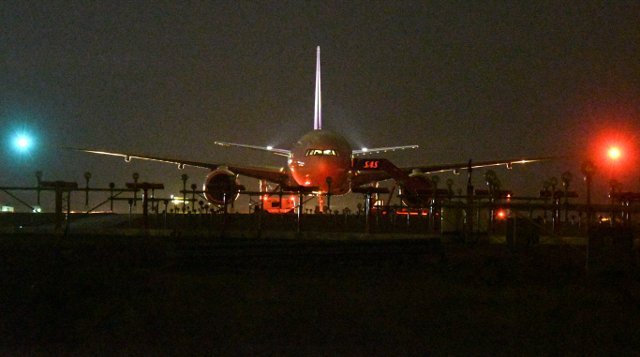 During the evening, a Thai Airways Boeing 777 (reg.HS-TJU) was evacuated at Stockholm Arlanda Airport in Stockholm because of a bomb threat.

UPDATE Friday 0818 UTC Police is still investigating the plane. The Boeing 77-200ER is still parked at a remote area.

According to the newspaper Expressen, the entire terminal 5 at Arlanda have been evacuated because of the threat, which was reported to police at 2133 local time. The threat was specifically against the flight to Phuket on phone.

“There has been a bomb threat and the police ordered evacuation of part of the airport,” explained Ullrika Fager from Swedavias press department, which operates the main airports in Sweden.

The Boeing 777-200ER was planned to take off at 2045 LT with about 300 passengers on board. The plane left the gate, but on the way to the runway, it moved to a safe place to conduct investigations throughout the night and morning.
Category: EmergencyBy AIRLIVEMarch 3, 2017
Share this post
Share on FacebookShare on Facebook TweetShare on Twitter Share on WhatsAppShare on WhatsApp Share on LinkedInShare on LinkedIn