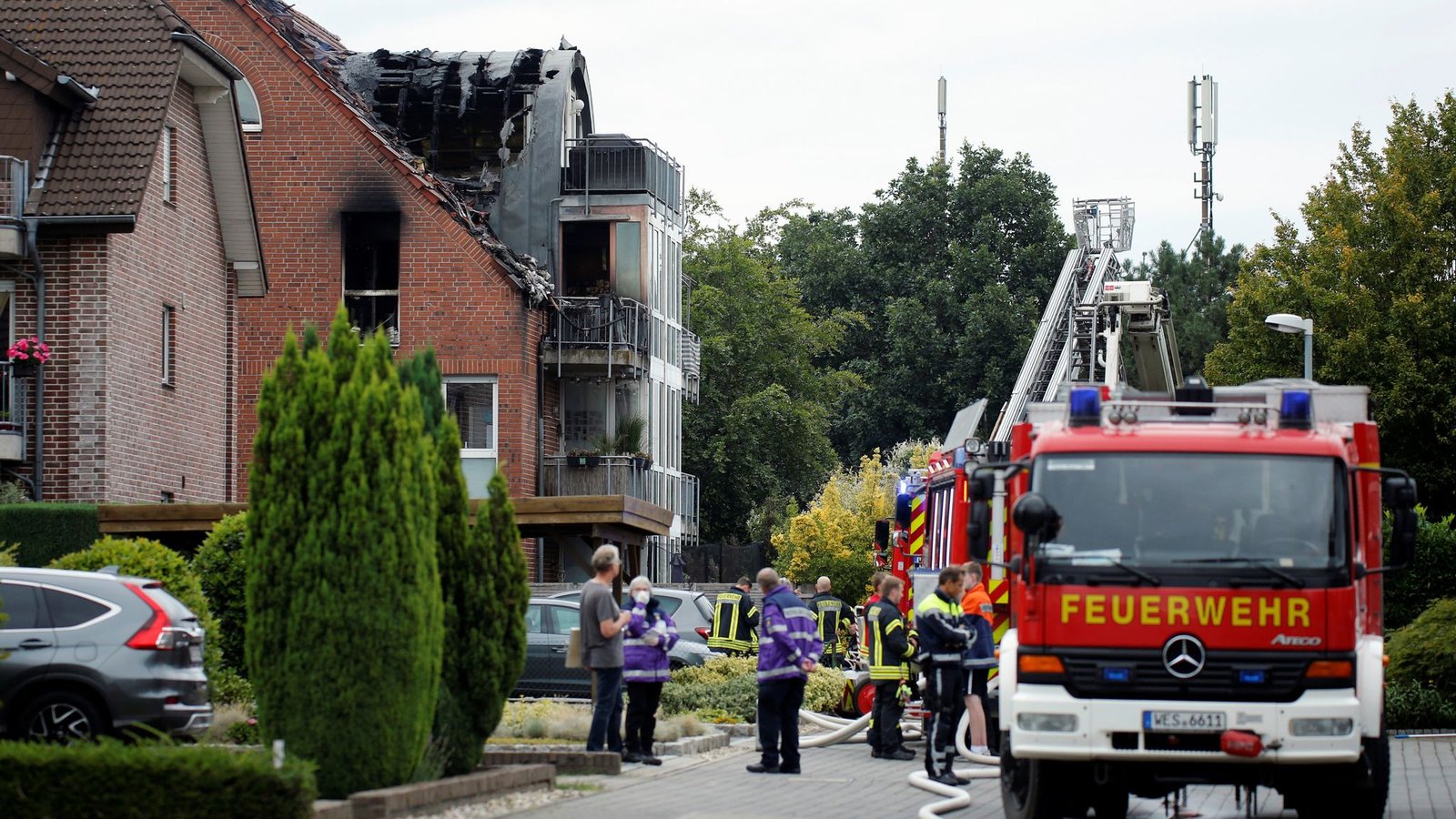 A plane is thought to have collided with a hot air balloon shortly before it crashed into an apartment block, killing three people and injuring a child.

A fire was started when the light aircraft hit the building in the German city of Wesel, around 35 miles north of Dusseldorf, on Saturday afternoon.

Witnesses told local media the plane had hit the balloon before coming down.

The aircraft had a capacity to carry two people, but police said it was not yet clear how many people were on board and the three people who perished have not yet been identified.

Rescue workers found a parachute near the crash site, which police believed to be an emergency parachute from the plane.

The child hurt in the accident is said to have suffered only minor injuries.