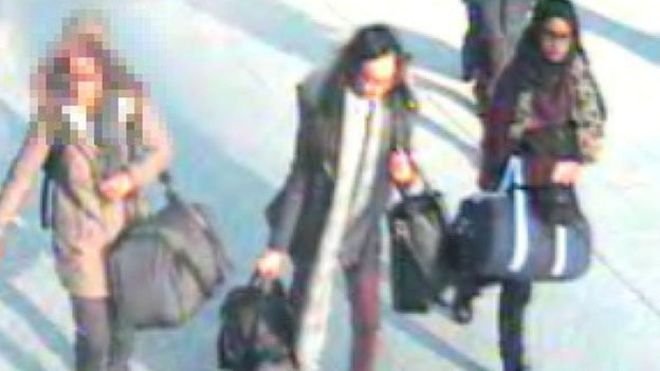 Three missing east London schoolgirls are feared to be travelling to Syria via Turkey, police say.
Shamima Begum, 15, Kadiza Sultana, 16, and an unnamed 15-year-old, who are all pupils at Bethnal Green Academy, flew from Gatwick to Istanbul on Tuesday, during their half-term break.
Commander Richard Walton said he hoped a police appeal, via social media, would persuade them not to enter Syria.
The trio are friends with a fourth girl who travelled in December.
February 20, 2015
Share this post
Share on FacebookShare on Facebook TweetShare on Twitter Share on WhatsAppShare on WhatsApp Share on LinkedInShare on LinkedIn