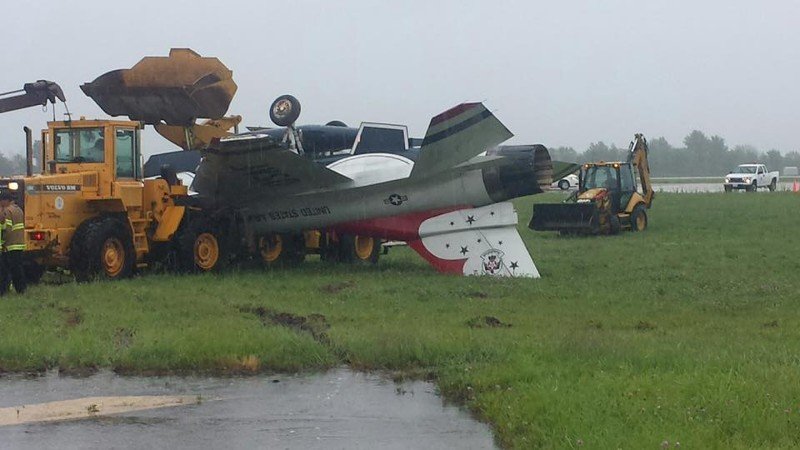 Emergency crews were on scene at Ohio’s Dayton International Airport on Friday afternoon after reports that a military jet ran off the runway and flipped over during a practice for an air show.

The U.S. Air Force confirmed its famed Thunderbirds were in the air when an F-16 Fighting Falcon was involved in a “mishap” upon landing at about 12:20 p.m. ET. Dayton officials said two people were on board the plane.

The Thunderbirds were practicing their aerobatic maneuvers in thunderstorm conditions ahead of this weekend’s 2017 Vectren Dayton Air Show. Wind gusts this afternoon were about 11 to 17 miles per hour.