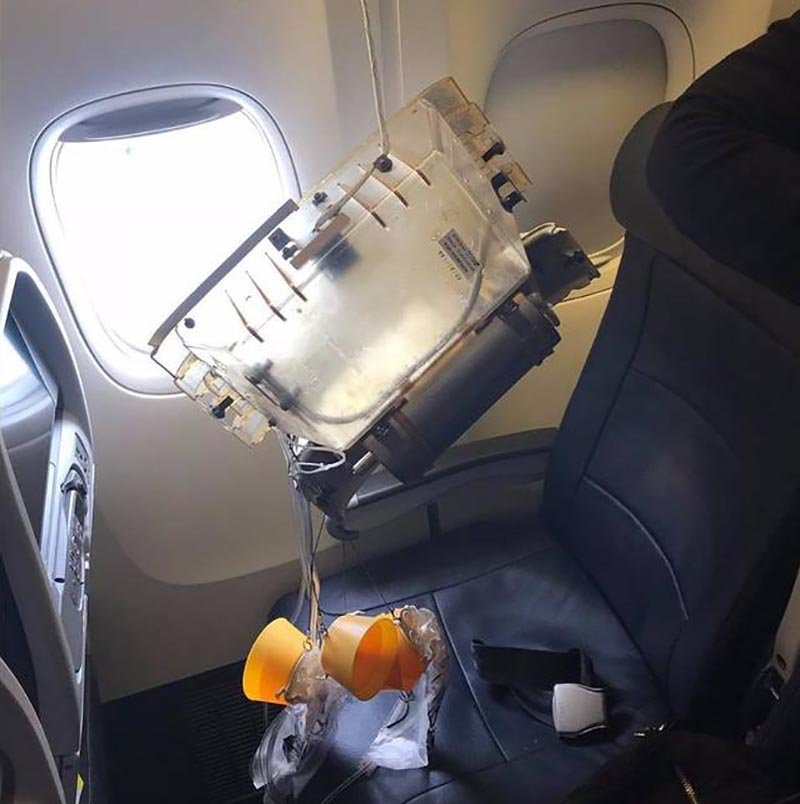 American Airlines is investigating after a 1-year-old boy was hit in the head by an oxygen tank that fell from the ceiling during a flight to Dallas-Fort Worth Airport.

According to the toddler’s mother, 33-year-old Jennifer Zanone of Denver, the incident occurred on American Airlines flight AA126 traveling from Hong Kong to DFW around 3:30 p.m. Saturday.

Zanone said that upon landing, an entire ceiling panel, including a tank full of oxygen, fell onto the head of her son, who was sitting on her lap in seat 35L.

She said they were directed to wait for a gate agent to document the incident but that no one appeared.

Zanone has returned home to Denver, and she said her son appears to be OK. She said she has not filed a lawsuit against the airline and is hoping to get a resolution worked out soon.