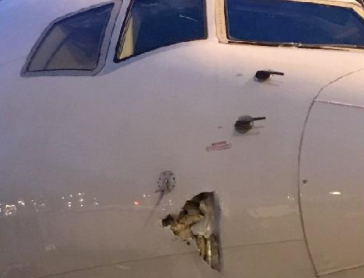 An American Airlines flight was canceled Thursday night after it was damaged by a vehicle on the ramp at Daniel K. Inouye International Airport.

All passengers were re-accommodated on other flights.

According to American Airlines, the incident occurred a few hours prior to the flight’s scheduled departure time, and no one was on the plane when it happened.

The Boeing 757 will be taken out of service, and inspected and repaired by a maintenance team.

The airline does not have a time frame for how long the repairs could take.

An alternate aircraft will be brought in to service subsequent flights.