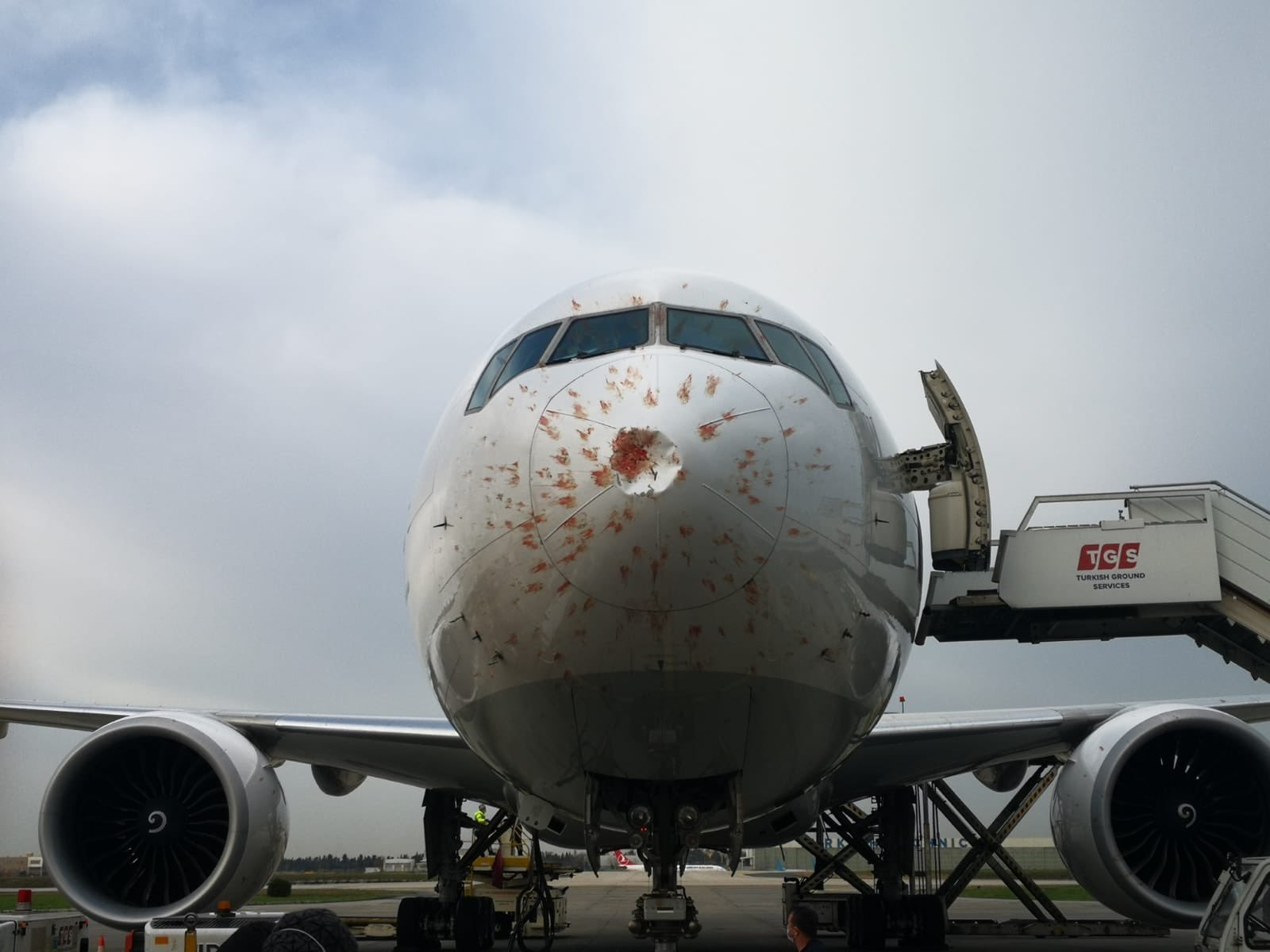 A Turkish Airlines Boeing 777F struck with a flock of birds during take-off from Istanbul Ataturk airport on Sunday, January 3. The aircraft suffered visible damage to the radome along with the pilot tube.

The aircraft with registration TC-LJN was operating cargo flight TK-6220 from Istanbul Ataturk to Almaty, Kazakhstan. However, after suffering the bird strike, the aircraft returned to Ataturk.

After suffering the damage, the crew stopped the climb at 5000 feet and entered a holding pattern before returning to Ataturk Airport. The aircraft made a safe landing some 45 minutes after departure.

Regarding this incident, Turkish Airlines said:

“Our cargo flight on the ISL-ALA (Almaty) route numbered TK6220 departing Ataturk Airport at 8:40 am (local) encountered a flock of birds shortly after departure. Our plane discharged fuel for 30 minutes over the Sea of ​​Marmara to reduce enough weight to land and then landed at Ataturk Airport.”