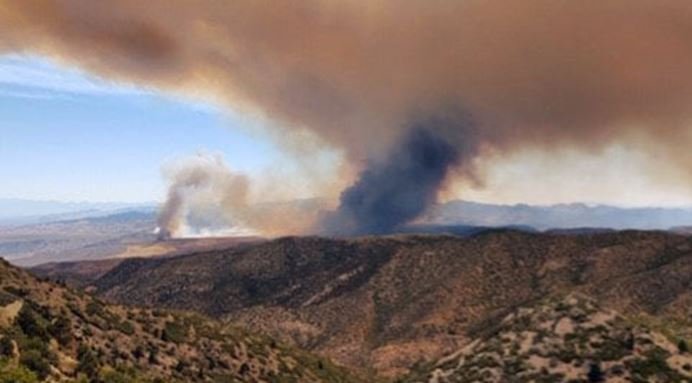 Two pilots were killed Thursday when their air tankers collided in midair as they were helping to fight a large wildfire in southern Nevada, federal officials said.

A National Transportation Safety Board spokesman said that neither aircraft was able to land.

The cause of the 12:55 p.m. incident wasn’t immediately clear, the Federal Aviation Administration said in a statement. There was one pilot aboard each single-engine Air Tractor AT8T, the department said.

The planes can drop as many as 800 gallons of fire retardant and are able to maneuver into areas that are harder to reach for larger tankers, the bureau said.

“We offer our sincere condolences to the families of the two pilots and to all those working with the BLM Nevada Ely District,” the Bureau of Land Management’s Nevada state director, Jon Raby, said in a statement.

The planes had been dispatched to help fight the Bishop Fire, a 14,000-acre blaze burning on federal land roughly 150 miles northeast of Las Vegas.

The fire started Wednesday, the site said. Its cause was listed as “human,” though no additional details were available. The site said “extreme, record-breaking heat” could fuel the blaze.