ALERT Two Qantas 737s in “near miss” at Perth Airport 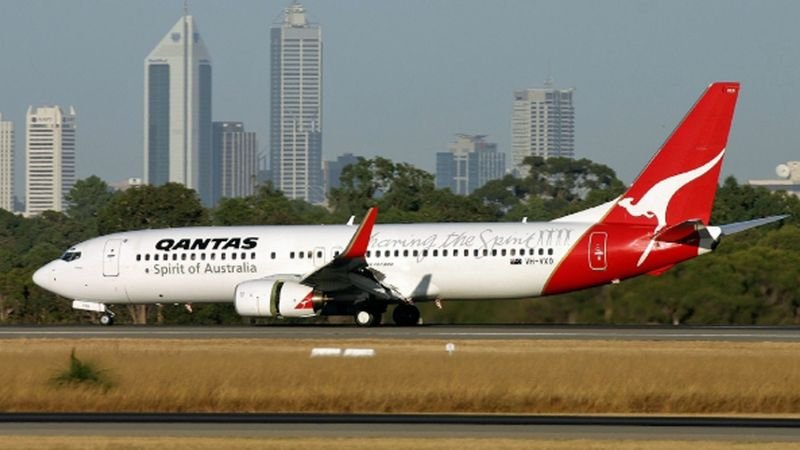 The Australian Transport Safety Bureau (ATSB) is investigating a near miss between 2 Qantas 737s at Perth airport last Saturday. The ATSB describes the incident as serious.

The West Australian reports QF567 from Sydney was making it’s way to the terminal after landing on Runway 03. The crew was instructed by ATC to exit at Juliet 2 and hold short of Runway 06. QF582 to Sydney was then given take-off clearance on Runway 06. Twenty seconds later QF567 failed to stop at the stop bars at the intersection of Runway 06. ATC can be heard on audio recordings telling QF582 “Stop immediately, stop immediately, runway incursion ahead,” before ATC tells QF567 “You have crossed a stop bar and runway incursion – hold position.” The West Australian reports the 2 planes came within 50 metres (164 feet) of each other.

Hey @Qantas please pass on my thanks to pilot of Flight QF 567 from Sydney to Perth today. Abrupt hard brake on the tarmac at 2.40 pm to avoid the other plane. I’m curious how it happened that another large jet was so close and going so fast across our path ?

9 News reports that many passengers on the left side of QF567 had a clear view of QF582 coming toward them. Passenger Kylie Jenkins told 9 News “We were stunned. We had just landed and were taxiing off the runway when I could see another Qantas plane taking off very close by and coming towards us and suddenly the brakes were applied and my daughter Malia bumped her head on the seat in front.”

Media reports that the area where the incident occured is known to be a hotspot for runway incursions and is fitted with a stop bar. Other pilots have also told media that the crew may of been blinded by the sun during that time of day.

The ATSB investigation is expected to take a year to complete. However if a critical safety issue is found during the investigation the ATSB will immediately notify relevant parties so appropriate safety action can be taken. The investigation is currently in the evidence collection stage.