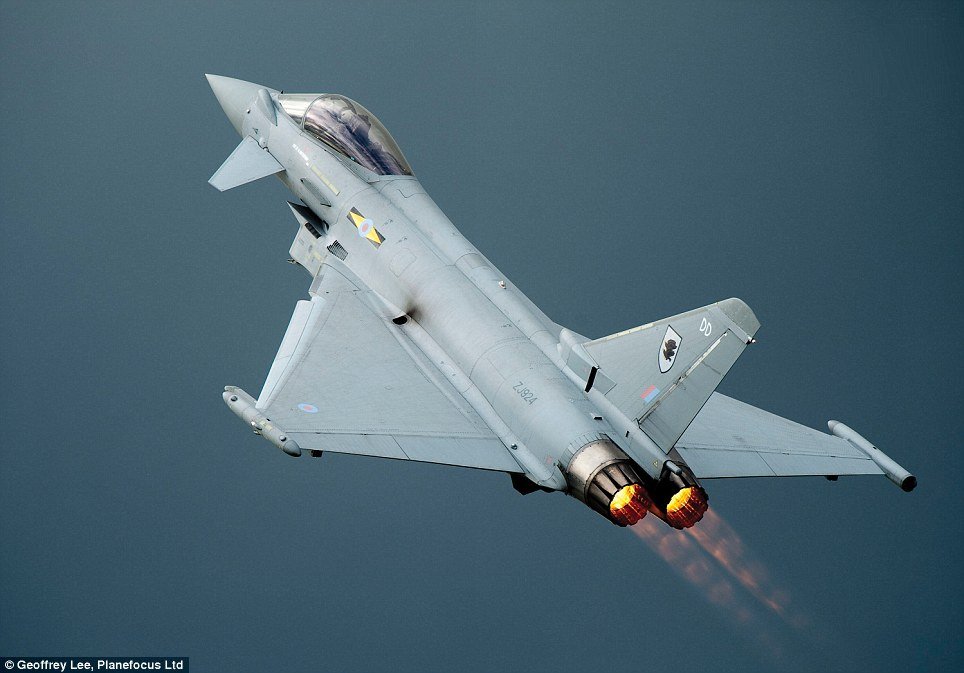 The fighter jets took off from the Lossiemouth base in Scotland on Wednesday.

The Typhoons were sent to monitor two Russian aircraft which were heading towards a UK “area of interest”.

Once the RAF jets were airborne, both Russian planes turned away and no intercept took place.

An RAF spokesman said: “RAF Quick Reaction Alert Typhoon aircraft from RAF Lossiemouth launched to monitor two Russian military aircraft as they approached the UK area of interest, however, the aircraft turned away and no intercept took place.”