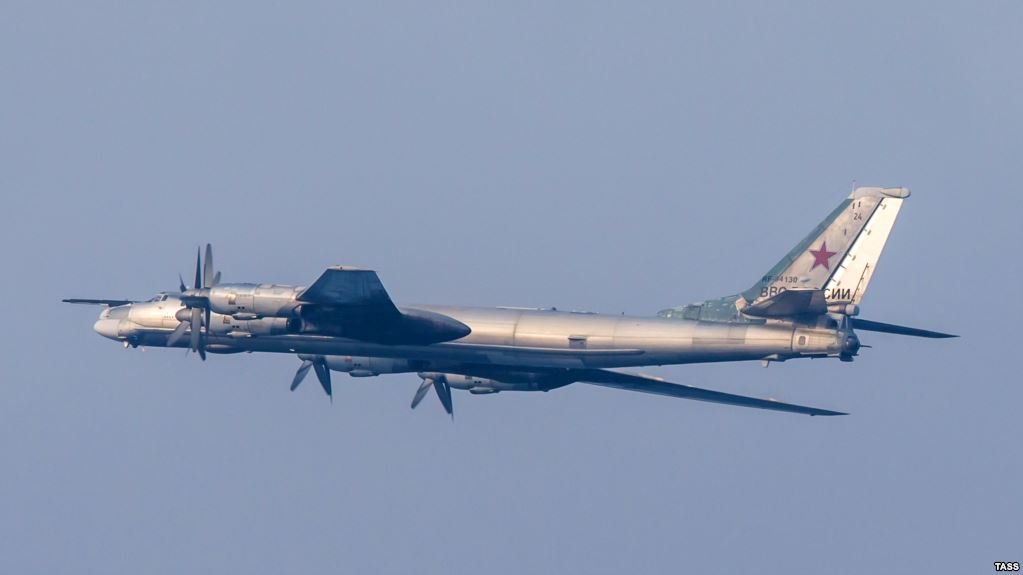 Two Russian long-range bombers were intercepted off the coast of Alaska by a pair of F-22 Raptor fighter jets on Friday, the military said.

The Tu-95 bombers were flying in the Air Defense Identification Zone in the Bering Sea north of the Aleutian Islands, where they were visually identified and shadowed by the U.S. jets at 10 a.m., said Navy Capt. Scott Miller, a North American Aerospace Defense Command spokesman.

The bombers did not enter North American sovereign airspace, he said in a statement. Miller declined to say how close the bombers came to U.S. land. Fox News reported they flew as close as 55 miles off Alaska’s west coast.

Friday’s encounter was the first of its kind in just more than a year, Miller said.

A Russian Defense Ministry statement released Friday diverged from the U.S. military account. They said the bombers were escorted by fighter jets and a reconnaissance jet that also acts as an anti-submarine platform.