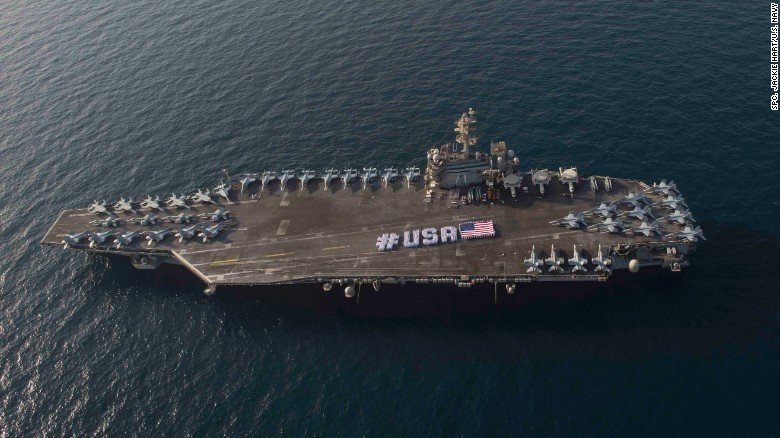 The interaction — which occurred as the Russian bombers flew about 80 miles from the US carrier — was deemed safe and professional, the officials said, and the Russian aircraft proceeded without incident.

The USS Ronald Reagan was operating in the Sea of Japan/ East Sea at the time of the interaction.